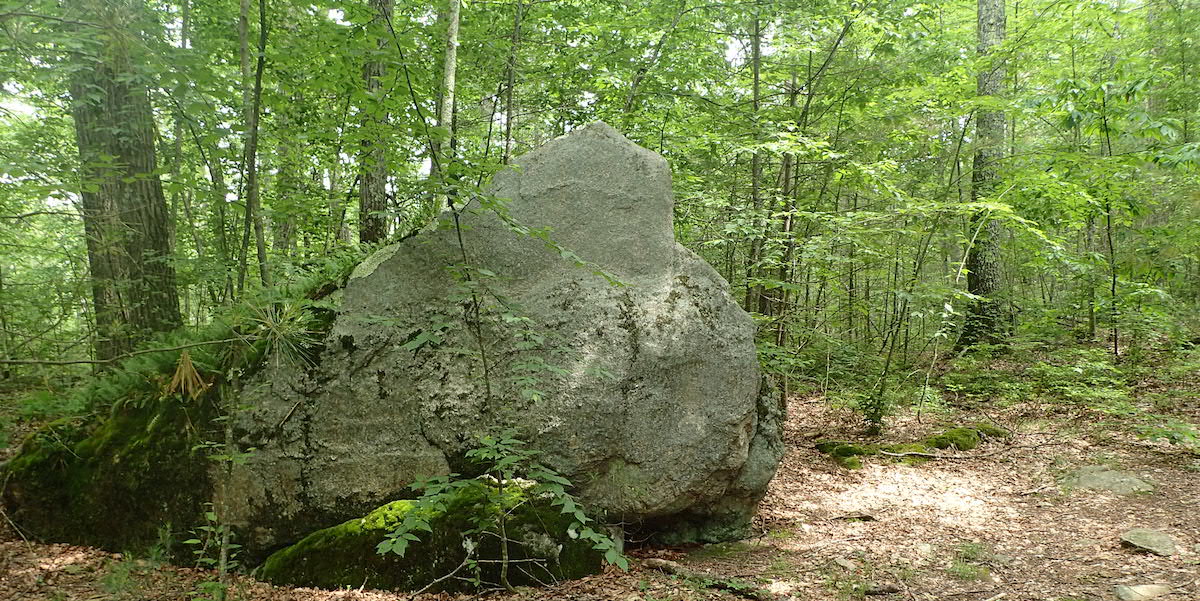 Donald Mader was only in junior high school when he discovered what would become his lifelong passion. He had just won a copy of the book The Young Forester, by Zane Gray.

After reading it, he decided to dedicate his life to the forest. He would soon come to study it as a scientist, teach about it as Professor of Forestry at UMass Amherst, and love it deeply as the caretaker, with his family, of his own forestland.

In the 1960s, Don was able to buy two woodlots in Belchertown. The rolling terrain held stands of oak, white pine, maple, and hemlock. His family said,

“This ‘Belchertown woodlot’ became his playground as well as a place to practice the forest management skills he believed in. He bound his heart to this piece of land, to feel its peacefulness, while he nurtured its growth.”

Don’s wife and children also bonded with this forested land. They loved the vernal pools, rock formations and hill ledges scattered throughout the forest. In the 1970s, his son Jim even spent time on the hilltop living in a tipi he built.

Don passed away in 1987. But thanks to his wife Mary and their children, the family’s forest has now become the new 86-acre Mader Town Forest. “He would be so glad to know this land is being preserved, that others will feel this forest floor beneath their feet or climb the hill to feel the sun filter through leaves as it had on his wife and children’s faces,” wrote Mary and her daughter Sue Aldridge.

A Woodland for All

The Mader Town Forest is now owned by Belchertown, with a conservation restriction held by Kestrel Land Trust. With its steep hillside and scenic vistas, the land is already a popular place for hiking, horseback riding, skiing, and hunting. The forest is also in a recharge area for Jabish Brook—an important drinking water supply for Belchertown and the City of Springfield.

This new town forest will continue to provide critical wildlife habitat connecting larger forest blocks of Mt. Holyoke Range State Park and the Quabbin Reservoir. Since 2005, Kestrel and the Town have joined together with landowners to protect over 1,000 acres in this area, including the nearby Holland Glen, Wentworth Farm, Scarborough Brook, and Topping Farm Conservation Areas. “Don would be so pleased to know that the preservation of this land also protects a natural wildlife corridor,” wrote Mary.

As Don Mader had done as a forester, and his son Russ after him, the town will manage this forest with science-based sustainable forestry practices—selective harvesting of local wood using methods that protect water resources and wildlife habitat to ensure that the forest remains resilient as the climate changes.

New England forests are at a turning point: They are disappearing at a rate of 65 acres per day. Public funding and the rate of conservation have dropped as well. 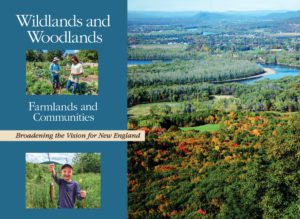 The Wildlands and Woodlands (W&W) vision developed by scientists at Harvard Forest and other partners calls for a 50-year effort to permanently conserve 70 percent of New England as forest, plus at least 7 percent as farmland. W&W recommends that 90 percent of the total forest conserved be as woodlands, sustainably managed for timber harvesting and other values, and 10 percent conserved as wildlands to protect biodiversity and wilderness.

Achieving the W&W vision will require a tripling of current rates of land conservation. This can only happen through the commitment of thousands of willing landowners who care about securing the future of their land. It will require innovative approaches and diverse partnerships of economic, environmental, and community interests.

Kestrel Land Trust is committed to working with landowners who want to voluntarily conserve their forests, either as wildlands or as woodlands.

Excerpted from “Wildlands & Woodlands: A Vision for the New England Landscape.” Learn more at wildlandsandwoodlands.org.