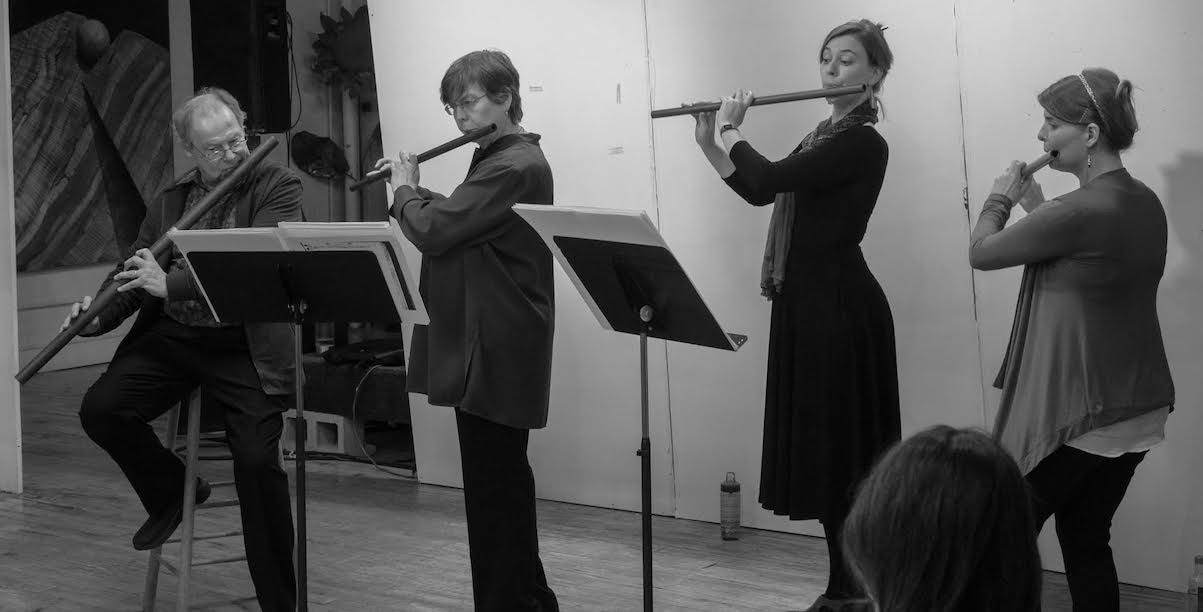 Kestrel is grateful to the musicians of Tres doulx, a Renaissance flute consort, for donating our Spring Membership Grand Prize. They will perform an intimate “house” concert for the winner and a small group of family or friends at a future time when public health conditions allow for a safe gathering.

Tres doulx is a Renaissance flute consort dedicated to the in-depth exploration of original sources and manuscripts. Tres doulx specializes in the performance of music from the period of the Renaissance flute’s popularity: the late fifteenth to early seventeenth centuries. Our name is taken from the title of a song by Gille de Binche (known as Binchois) Les tres doulx yeux de viaire ma dame – the most lovely eyes in my lady’s face.

Our programs include secular and sacred music ranging from French formes fixes of the late fifteenth century and chansons of the sixteenth, to sacred music for instrumental use in the Hispanic worlds, to our newest program, Margaret and Mary: Music for Two Governesses of the Low Countries. In addition to presenting concerts across Massachusetts, Tres doulx participated in a masterclass with Bruce Dickey at the Boston Early Music Festival in 2017, performed at the Pioneer Valley Early Music Festival in 2017 and completed a residency at Avaloch Farm Music Institute in 2019.

More about our process: We strive to perform from original sources whenever possible. Many of these sources are not only new to modern audiences, but are recent discoveries, currently undergoing scholastic research. As such, some of this music has not been performed (or consequently recorded) in centuries, so much of our working process involves trial and error, discovery, research and in some cases, preparing our own editions for study. We have found this process to be both intensely involved and also extremely rewarding musically, leading us to artistic decisions that might otherwise have been obscured through rehearsal and performance from modern editions. We have found that audiences enjoy engaging in this process by experiencing as well as learning about the sources and instruments through live performance.

Rachel Carpentier holds degrees from Harvard University in music and Sanskrit & Indian studies and Boston University in choral conducting. She is currently a doctoral candidate in historical musicology at Boston University, where her research focuses on Iberian and New Spanish sacred music of the fifteenth and sixteenth centuries. In addition to performing on baroque and renaissance transverse flutes, Rachel is co-founder and singer of Sourcework, an ensemble dedicated to public engagement with vocal polyphony of the fifteenth and sixteenth centuries from original notation. Rachel teaches courses in music at Boston College and is Director of Music at St. John’s Episcopal Church in Jamaica Plain. 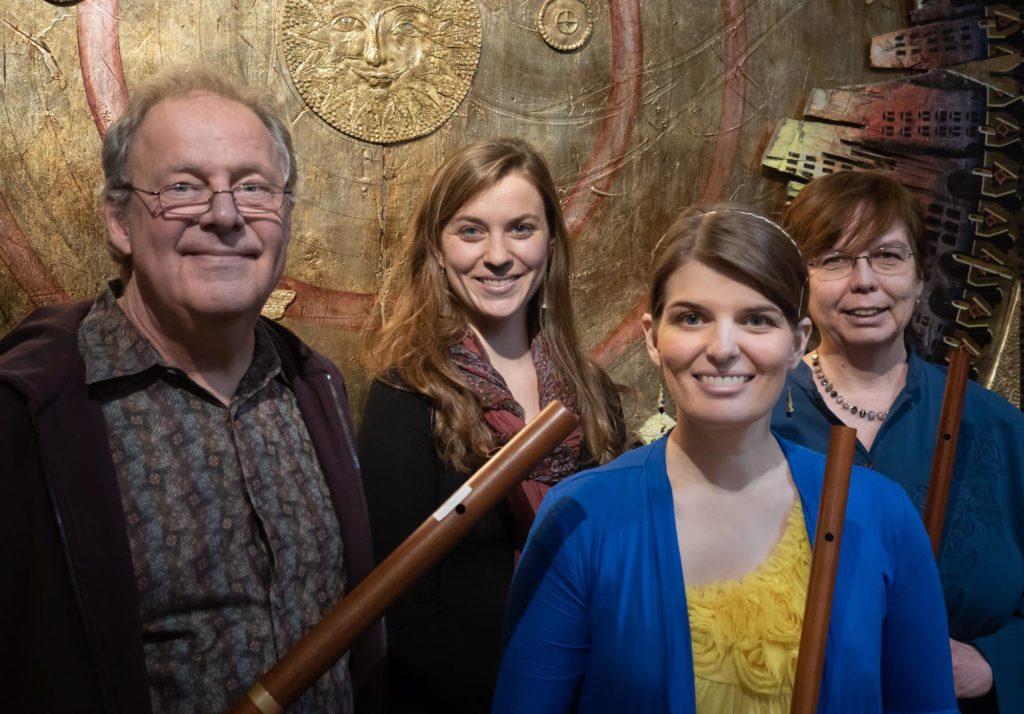 Christopher Krueger has performed as principal flutist with the Boston Symphony, the Orpheus Chamber Orchestra, and the Opera Company of Boston. He is a member of Collage New Music and the Aulos Ensemble, and is principal flutist with the Handel and Haydn Society and Boston Baroque. He has been a soloist on the Great Performers Series and Mostly Mozart Festival at Lincoln Center, Tanglewood, Ravinia, the Berlin Bach Festival, the City of London Festival, as well as elsewhere throughout North America, Europe, and Australia. Mr. Krueger is on the faculty of Boston University and is Professor Emeritus at UMass Amherst.

Na’ama Lion is well known as a versatile performer on early flutes. She has explored medieval music, playing with “Sequentia”; Renaissance consort music with “Tres doulx”; 18th and 19th century music with numerous groups, including Boston Baroque, Jerusalem Baroque Orchestra, Handel and Haydn Society, Arcadia Players, Grand Harmonie, and more. She is a committed performer of new music, and plays with the crossover group “Rumbarroco”. Na’ama holds a Doctoral degree from Boston University, teaches at the Longy School of Music and directs a chamber music program at Harvard College. Na’ama has recorded for Deutsche Harmonia Mundi, Telarc and private labels.

Laura Hairgrove Randall is a classically trained flutist and traverso player known for her warm sound and expressive interpretation on both modern and historical flutes. Highlights from last season include a SoCal tour with Pear Tree and Partridge, performances and a forthcoming recording on Urtext Digital Classics of seventeenth-century choirbook music from Puebla, Mexico cathedral with Tres Doulx Renaissance flute consort, and the east coast premiere of Lidarti’s Hebrew-language oratorio Esther with the Miryam Ensemble. Laura is currently pursuing a doctorate in Historical Performance at Boston University and her research interests encompass narrative and communication in music, music and theology, and French sacred music with a particular focus on French Baroque sacred cantatas.