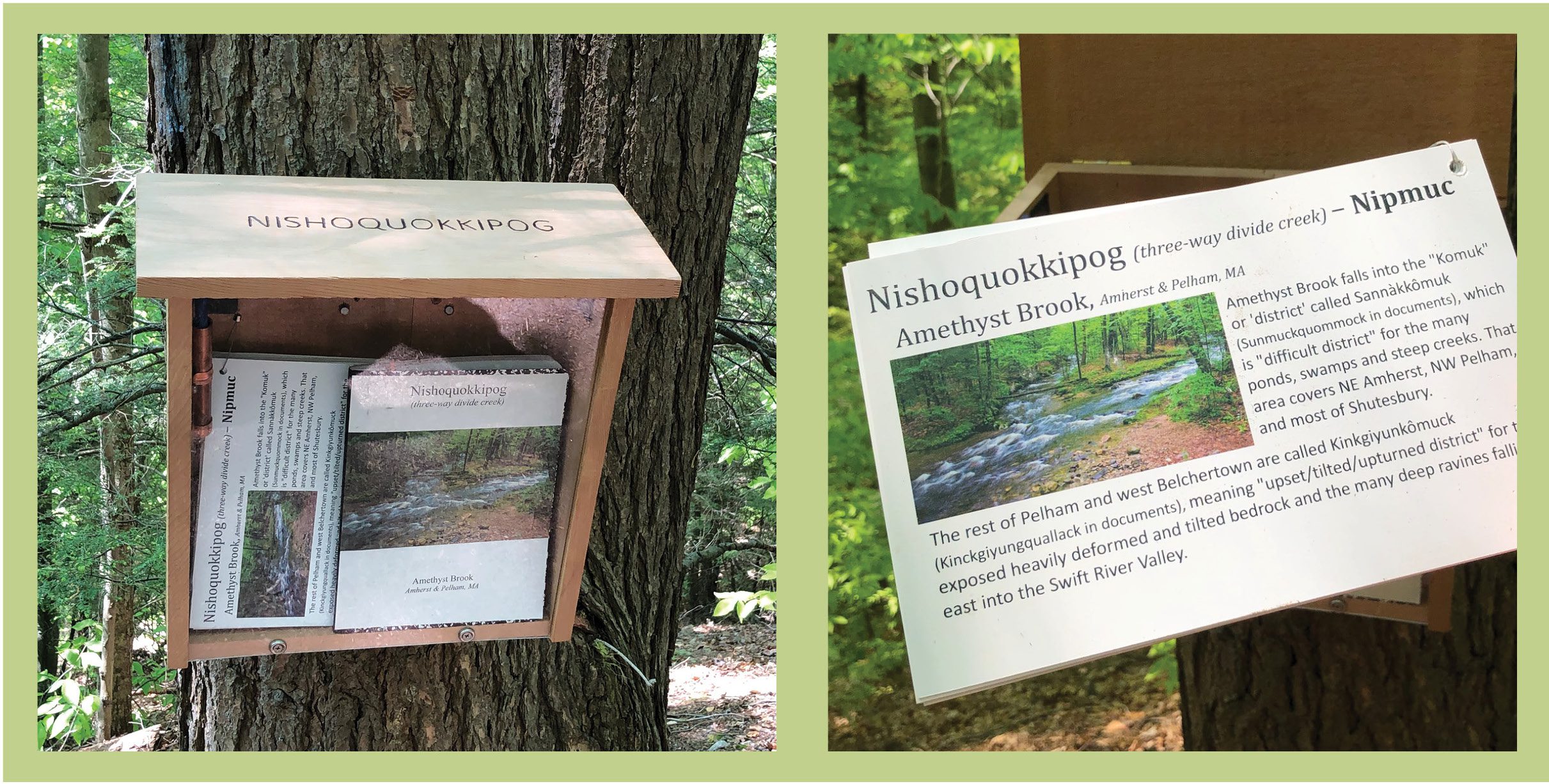 400 years ago, English settlers arrived on the shores of Massachusetts. They colonized this land as their own, giving the place they landed the name of Plymouth. But that land already had a name—Patuxet—given by its original inhabitants.

The settlers soon moved inland to our region, what we call the Connecticut River Valley. This place too already had a name: the Kwinitekw. As English settlement expanded across the continent, not only were the lives of native peoples changed but the names of the places they cared for were often changed as well.

People belong to places, and the names of places link us through time.” -Janine Roberts

The land that we work to conserve today is the home of many generations of native peoples, including the Nonotucks, Pocumtucs and Nipmucs. As a first step in acknowledging that we are on Native land, Kestrel volunteer Janine Roberts helped us envision the Native Names Project, which marks the original names of four conservation areas according to the Nipmuc language:

Janine said, “These Nipmuc place names invite us into a different relationship to the Kwinitekw. The names open us to other views of the landscape, offering new experiences within it, as well as reflecting its history. People belong to places, and the names of places link us through time.”

This summer, four wooden “poetry boxes” indicating the Native name are being installed at these conservation areas. Within each box you’ll find a set of cards that share information about Native language, natural history, and culture from this area. You’ll also find a notebook with poetry from Nipmuc poets to which you’re invited to reflect and add your own poem to share with other visitors.

Box locations are shown on our Trails for Everyone maps: just click on the bold locations in the bulleted list above. We hope you’ll visit these special places and see them through the eyes of the Native people who first called them “home.”

Thank You! Kestrel is extremely grateful to Janine Roberts for leading this project, and to all those who contributed to this effort, including the leader of the Nipmuc Nation, Chief Cheryll Holley, Rich Holschuh, and Chuck Bellinger who donated time and materials to construct the poetry boxes.