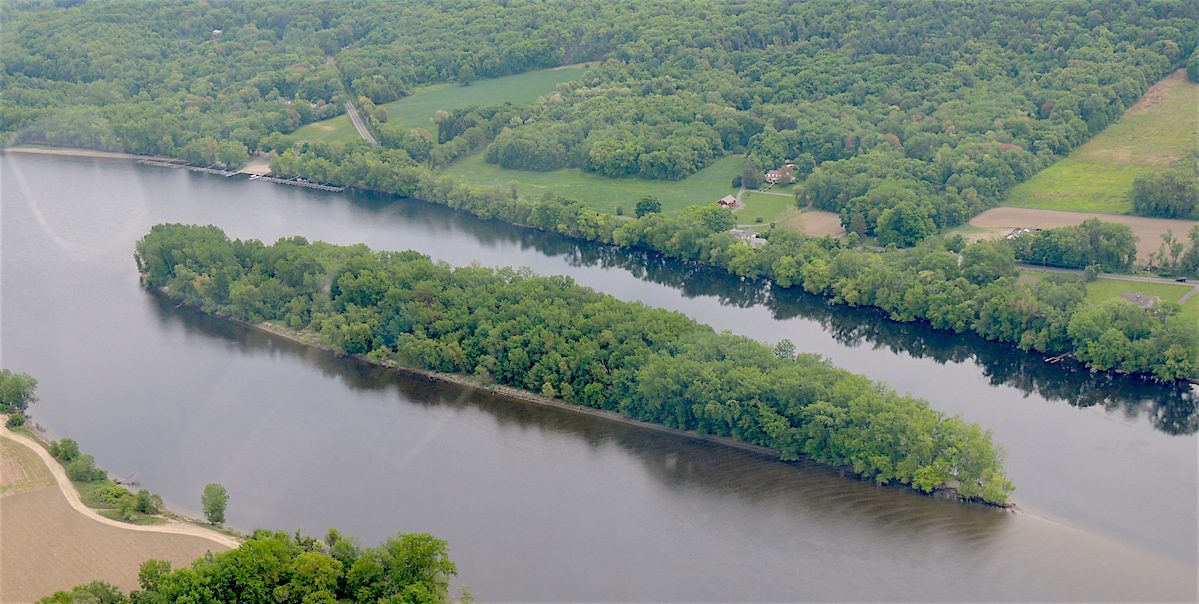 Update on 8/7/2019:  In response to recent public complaints about increased activity on the island and river, the Connecticut River Task Force has expanded its patrols. For more information, please contact Sergeant Romano at 413-584-0883.

Summer is approaching, and that means the Connecticut River will once again be enjoyed as an important recreation area for communities throughout our region. Across from Mitch’s Marina in Hadley is Mitch’s Island, which is a popular spot for boaters. Kestrel Land Trust currently owns a portion of this island, along with the Commonwealth of Massachusetts Department of Conservation & Recreation, and several private landowners.

While recreational use of the Connecticut River and Mitch’s Island has increased over the past several years, so has unsafe and irresponsible behavior. Last summer, Kestrel received reports of disruptive behavior on the island and since then has been working with state and town law enforcement and other organizations to address these health and safety issues. (Read more from last summer.)

In July 2018, law enforcement officers embarked on a regional effort to increase safety along the Connecticut River for all those who wish to enjoy the river and islands. Officers from Hadley, Easthampton, Northampton, South Hadley, Environmental Police, MA Department of Conservation & Recreation, and the US Coast Guard came together to create a “task force” to address violations from the Easthampton boat ramp, Brunelle’s Marina and Mitch’s island and Marina. The effort appeared to be a success, as Kestrel and law enforcement officers received very positive public responses from the increased patrolling.

Since then, efforts to develop a regional waterway task force have grown tremendously. Hadley Police, together with other local agencies along the river and with coordination from the Northwestern District Attorney’s Office, the United States Coast Guard, the Massachusetts Department of Conservation and Recreation and the Massachusetts Environmental Police, have officially formed the Connecticut River Task Force (CRTF).

The CRTF has been creating and modifying policies and procedures, undergoing waterways training, and establishing guidelines on handling civil and criminal charges within their operations. Additionally, the CRTF has acquired its own boat and has also arranged to use the Hadley Fire Department’s boat when needed. All the agencies have sent officers to boat safety schools, and officers have been assigned to patrol the waterways regionally and within each town. Hadley Police has assigned Sergeant Mike Romano as the officer in charge of marine patrols.

What Can You Do as a User of the River? 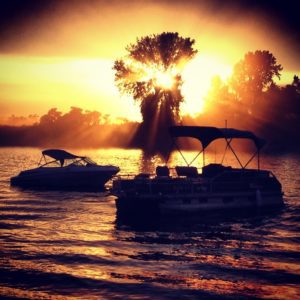 If you see illegal behavior on the island, you can help by contacting the Environmental Police or the local police with specific information about what you have witnessed. For everyone’s safety, please do not confront individuals yourself.

If you see a specific hazardous activity on the river or on Mitch’s Island (such as a boating accident, injuries, altercations, or anything that requires an immediate police, fire, or EMS response), call 911 or the Hadley Police non-emergency line (413-584-0883) to report it. Police will respond with the Fire Department using their boat for critical issues.

To report issues you observe on Mitch’s Island (such as littering, property damage, trespassing, etc.), please contact the Hadley Police non-emergency line (413-584-0883) and leave a message with Sergeant Romano. You may also send an email message to Sergeant Romano via the Hadley Police website under “Staff Contacts.” Police will use public reports of general misbehavior on the island to plan targeted patrols. Your information will help!

Finally, you can also be a model for appropriate use of the island by removing your trash and being respectful of other users.

Thank you for helping to create a safer river environment for everyone.