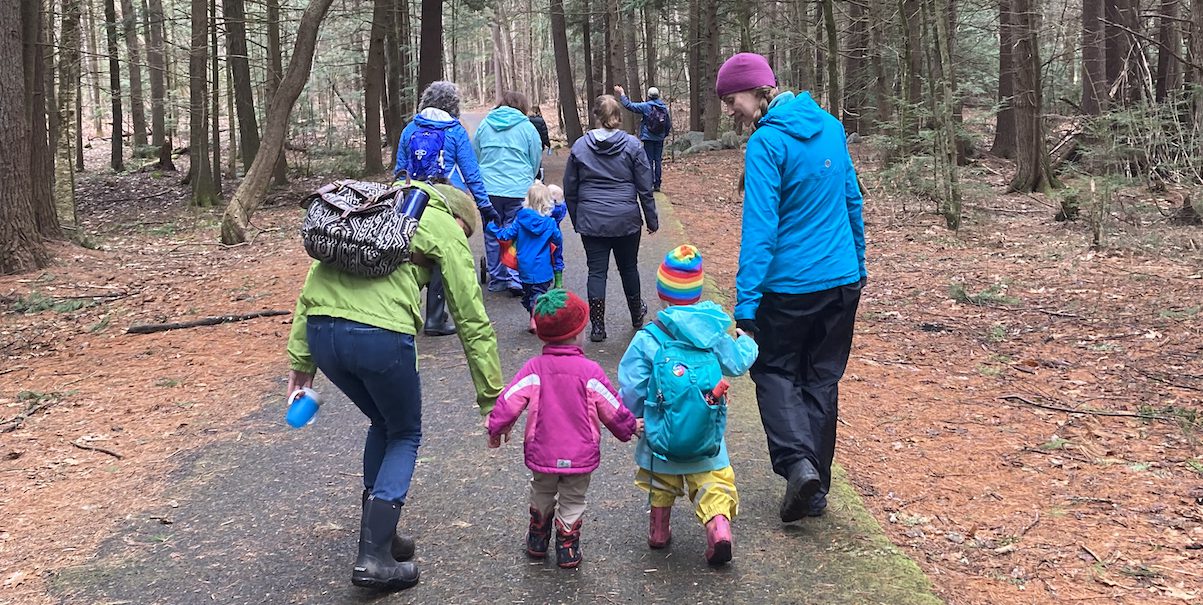 This post was contributed by Becca Feidelson, Kestrel’s TerraCorps Youth Engagement Coordinator for the 2021-2022 service term.

“Nature Deficit Disorder,” a concept coined by Richard Louv, describes what humans lose when we are disconnected from the natural environment. While the official name was new to me, the state of detachment from the natural world and the negative side effects it creates is something I have experienced myself. Addressing this problem for youth was a fundamental goal for my TerraCorps year of service with Kestrel.

Collaborating with Michael Hutton-Woodland, a Kestrel volunteer and retired psychologist, we created a pilot project called Revive Outside. A host of studies have described the physical, psychological, and educational benefits that people— especially children—experience simply by spending time outdoors in nature. Buoyed by Michael’s enthusiasm and professional connections to youth service organizations in the area, we planned a series of sensory exploration walks at local conservation areas to provide young kids and their caregivers the opportunity to connect with the natural world.

I made up a series of activities and materials I thought we would need: a scavenger hunt worksheet organized by touching, listening, and looking; view finders made from paper plates and popsicle sticks; and even a batch of playdough to help explore the texture of tree bark. That ought to do it, I thought.

On the chilly day of the event, however, it quickly became apparent that all my props were not only unnecessary, but actually a distraction from the environment around us. Aged 18 months to 3 years, the children were absorbed by the natural world almost immediately.

Together, we looked at the lichen and moss on fallen logs and jumped on lingering ice to make it crunch. We brushed our hands over dried whistling reeds, watched the ducks paddling through green algae, and floated leaves down a small stream. I had been concerned that these so-called nature-alienated kids would be bored by their surroundings and need constant prompting to stay engaged. In the end, all they needed was a hand navigating the bumpy ground. Parents, for their part, enjoyed observing the phenomena I pointed out to the kids, and commented on how calm their children were and how much stamina even the youngest ones had. The props and materials I had made were really for my own reassurance.

By the end of the walk, I felt my confidence grow in multiple ways. Confidence in my own ability to engage with very young children, but also assuredness in their innate inclination to explore and connect deeply with the world around them. While children in 2022 might suffer from a deficit of time outside, this experience showed that children are in no way lacking the ability to connect to nature once they are invited outdoors.