Thirty years ago, Amherst College Professor John “Jack” Pemberton and his wife Jane, bought a home in Pelham that came with 11 acres of land. Across the road, beautiful woodlands beckoned, and the Pembertons later purchased 52 acres of this forested area.

“My husband roamed the trails on this land with our dogs almost daily for many years,” Jane said. “We named the trails after our grandchildren, who often joined him in enjoying the forest.”

The Pembertons recognized that in the future, when their land was passed on to new owners, it could be at risk for development because of its scenic views. So, in 2015, they started a conversation with Kestrel Land Trust to talk about the process of conserving this land that was so important to them.

In fact, this place was important to many others as well—human and wildlife alike. The upland forest of oak and hickory slopes down towards Arnold Road, and a rich wetland habitat, with a certified vernal pool, lies to the south. The wetlands provide breeding grounds for amphibians like wood frogs and salamanders, and the forest also has potential to offer prime habitat for the Eastern Box Turtle, which MassWildlife has identified as a species of special concern.

Just as important for wildlife is where this land sits on the landscape. It’s uniquely situated adjacent to several conservation areas, including Kestrel’s

78-acre natural area to the east, and the Town of Pelham’s Butter Hill Wildlife Sanctuary to the south. Conserving this land has created a critical link in a 475-acre network of protected lands, allowing far-ranging species like black bear, bobcat, and moose to move around the region without being  boxed in by development.

For the human community, the Pemberton’s land provides an extensive user-made trail network, connecting to miles of existing trails in Butter Hill Sanctuary, Harkness Road Conservation Area and Well Away Farm Conservation Area. The land also fills a critical missing link between Kestrel’s property—which has been landlocked with no available public access point for years—and the town conservation areas.

Sadly, John Pemberton passed away before he could see his land conserved, but Jane forged ahead to see their dream become a reality. Between the summer and fall of 2017, all 53 acres were conserved in a partnership between the Pelham Conservation Commission and Kestrel Land Trust.

Jane Pemberton sold 36 acres to Kestrel and then donated the northern 16 acres to the Town of Pelham, all of which are managed for wildlife habitat and public recreation. Funding was provided by a state Conservation Partnership Grant, private foundation grants, Pelham CPA funds, and many generous neighbors who donated to support this project.

“We did not want to see this beautiful piece of property developed with houses, and felt that Kestrel was the perfect partner for conserving the property,” said Jane. Fittingly, the newly conserved land is named in her husband’s memory: The Pemberton Memorial Forest.

NOTE: Hunting is allowed in the Pemberton Memorial Forest in late fall, during the two-week deer shotgun season only. This is typically the two weeks following the Thanksgiving holiday starting on Monday, but please see  MassWildlife for annual dates. 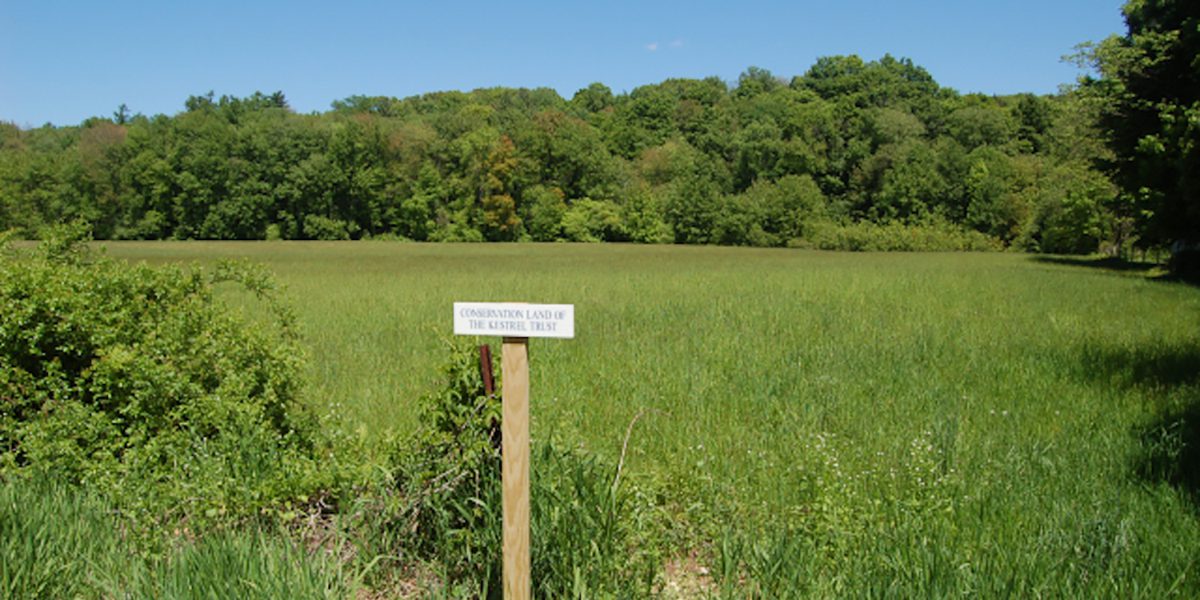