Fifteen minutes from downtown Northampton, there exists a special place that seems a world apart from the nearby bustling cultural center.

Laurie Sanders, professional naturalist and Kestrel Advisory Council member, was enchanted with the area beginning 20 years ago when she was hired by the City to conduct ecological inventories of Northampton’s natural areas. She found that due to a unique type of bedrock, the Mineral Hills contained locally unusual plant species and forest types. This includes the Hickory-Hop hornbeam forest in which delicate Columbine flowers bloom under stunted trees and an understory carpet of short grasses and sedges creates an almost a park-like setting. “It has a magical look to it…it’s really an enchanting habitat,” Laurie said. What’s more, there are very few invasive species in the area to disrupt the native populations of plants and animals, which include bobcats, porcupines, and coyotes.

Over the course of several years, Kestrel worked with the city of Northampton, the town of Westhampton, and the former Nonotuck Land Fund (NLF)—whose leaders joined Kestrel in 2011—to expand the Mineral Hills Conservation area. In 2012, Kestrel completed the protection of 121 acres among several parcels in the two towns, known as the “Bookends” project.

Adele Franks, Kestrel Advisory Council member and former NLF board member said, “The most important thing about this project was that it filled in gaps between protected parcels and went a long way toward providing a continuous, preserved wildlife corridor.” The Mineral Hills Conservation Area was expanded from 400 to more than 500 acres with this effort, ensuring a network of trails will be open for public enjoyment and a unique ecosystem will continue to support wildlife into the future.

City of Northampton
Town of Westhampton 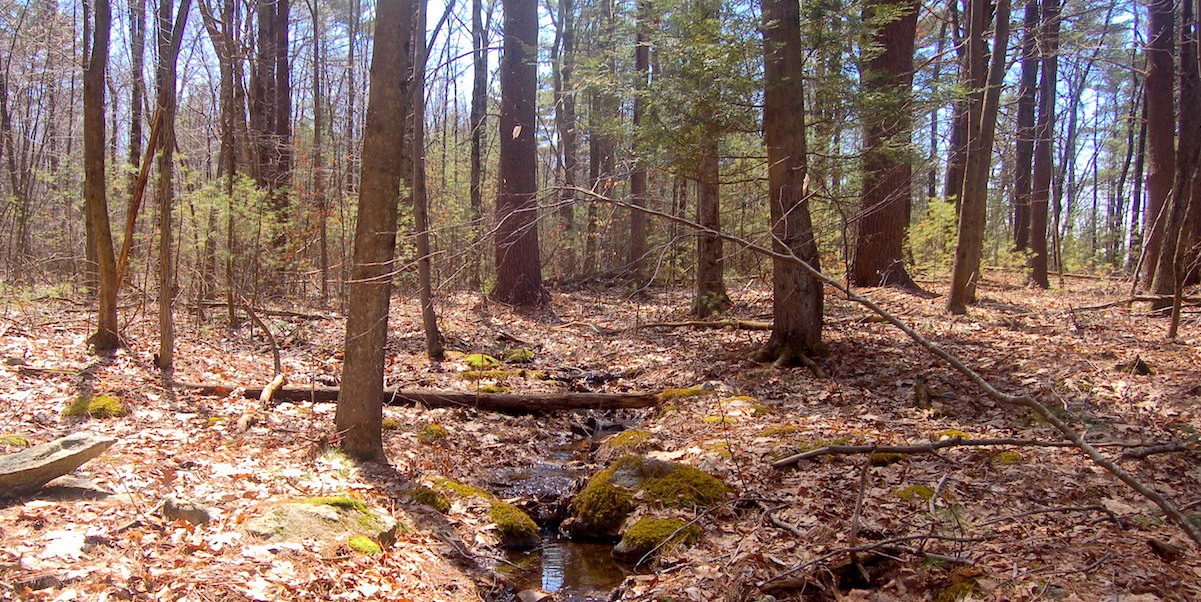