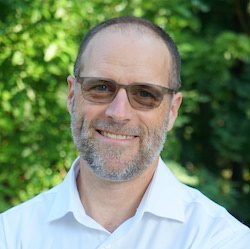 Tim first joined Kestrel in 2010, serving as the land trust’s first AmeriCorps Land Steward. He rejoins the team after a decade-long career as a public librarian, most recently as the Library Director of the Ayer (MA) Library. Tim holds a BA in Anthropology from UMass Amherst and a Master’s in Library and Information Science from Simmons University.

Tim’s interest in landscapes and how people interact with them began during a childhood spent on a small family farm on Martha’s Vineyard and continued through early careers as a field archeologist, a landscaper, and 13 years with The Trustees of Reservations in land stewardship.

The thread that binds his interest in land and libraries together for Tim is the idea of stewardship. He believes his role is that of one who cares for important resources and institutions through times of change while also laying the groundwork for the next generation of stewards.