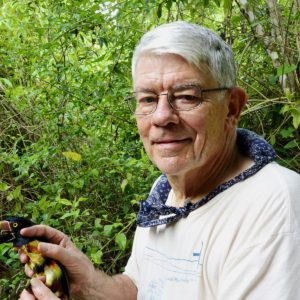 Anthony is a Vietnam veteran, retired medical microbiologist and amateur ornithologist from South Hadley. He contributes to a number of bird conservation projects involving seabirds, owls, songbirds, and hummingbirds in addition to the Trust’s namesake American Kestrel. As a federally-licensed master bird bander, Anthony initially became involved with Kestrel because of his interest in the Kestrel Nest Box Project, which he currently co-manages. In his spare time he is active as a construction volunteer with Pioneer Valley Habitat for Humanity.