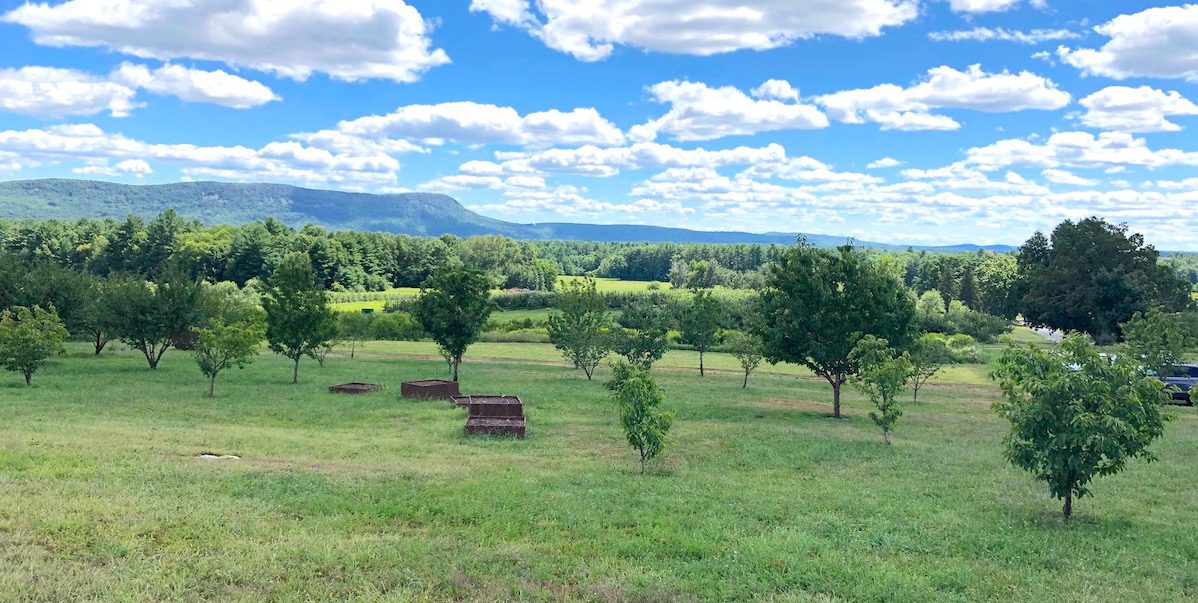 Park Hill is a beloved landscape with over 1,000 acres of fields, wetlands, farms, and forests with sweeping views of Mount Tom. Just minutes away from the downtown centers of Easthampton and Northampton, this area is a treasure of wide-open space in the Valley. And, it was a fitting site for Kestrel’s Valley Celebration this summer.

As development pressures mounted in the 1990s, local community leaders recognized that there was an urgent need to begin protecting the agricultural and natural values of the Park Hill region.

Thanks to the persistence and partnership of local, regional, and statewide land trusts, philanthropy from the community, public funding from the municipalities and the state, and the willingness of landowners to leave a legacy for the future, over 500 acres of this beloved landscape have been protected forever.

This is a model for collaborative conservation, and one that is repeated year after year, in town after town, across the Valley.

These dedicated land trust volunteers began the effort by reaching out to four farm families who, for generations, owned and farmed over 400 acres of land. These families wanted to keep the orchards and farms operating and beautiful for future generations. From this collaborative effort grew seven successful conservation projects over the years, resulting in the protection of more than half of the key parcels.

➤ 2000: The City of Northampton protected 30 acres north of the town line, adding to the earlier APR projects.

➤ 2005: The City of Easthampton and the Laurin family preserved 25 acres at the southern end of Park Hill.

➤ 2008: The 165-acre Echodale Farm was conserved by The Trust for Public Land (TPL)—a national organization—with PCT and the City.

➤ 2010: Ted Sparko Memorial Easthampton Community Garden was established on 20 acres donated to the City by TPL as part of the Echodale project.

➤ 2021: The Lathrop Community donated a Conservation Restriction to Kestrel Land Trust to protect 86 acres of their campus with 3.5 miles of nature trails near their independent and enhanced living facilities. 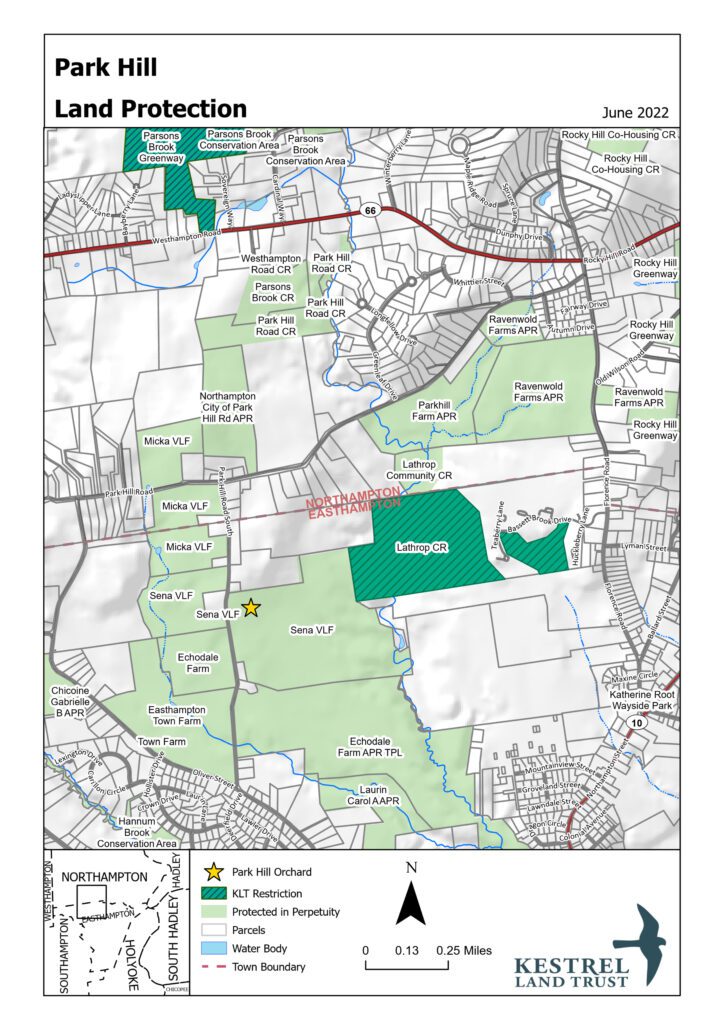 What’s Next?
In 2022, thanks to pledges for $530,000 dedicated to Easthampton received through the Promise to the Valley Campaign, Kestrel will continue to collaborate with Pascommuck Conservation Trust, the City of Easthampton, the state, and other groups to protect natural and agricultural lands on Park Hill, as well as other important areas in the City, including Mount Tom and the Manhan River Greenbelt.