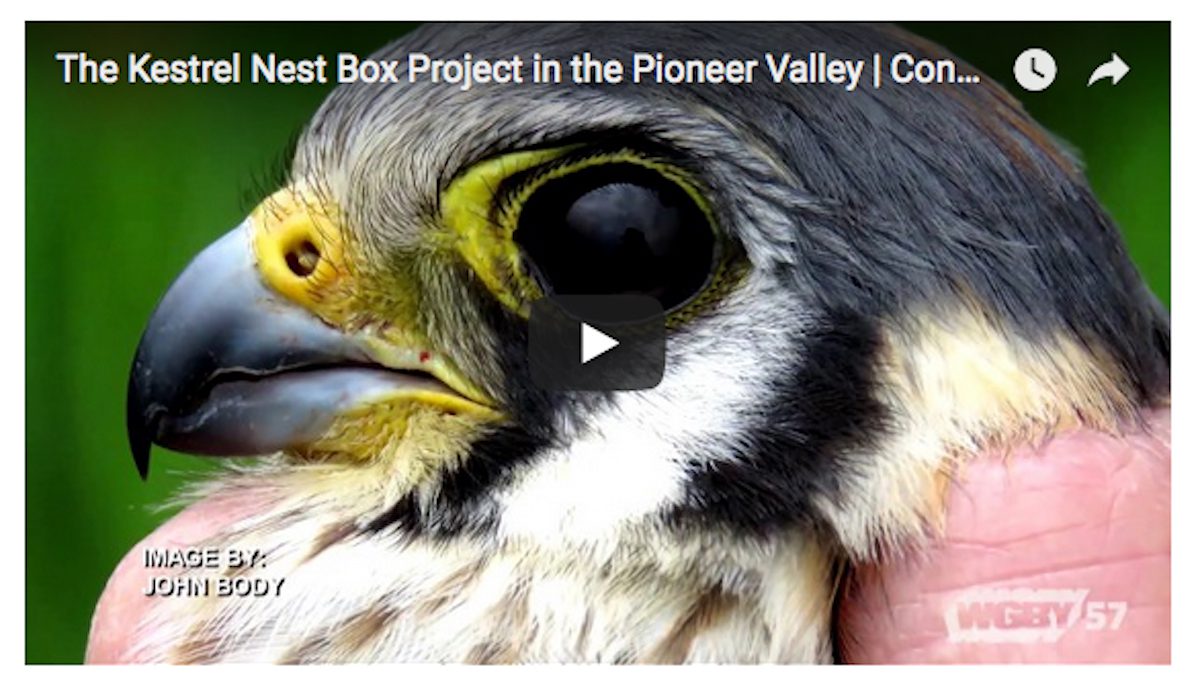 It’s not easy being America’s smallest falcon, but the American Kestrel fights on. Our Kestrel Nest Box Project was recently featured on WGBY’s “Connecting Point”. In four years, between 2013 and 2016, the project has supported 13 kestrel pairs that produced 51 chicks, with a high of 20 chicks in 2016.

Interviewed for this piece are Kestrel’s Stewardship Manager, Chris Volonte, advisor and former board member Dave King, and current board member, Anthony Hill.

Learn more about the Kestrel Nest Box Project and how you can get involved.