The inaugural year of the Kestrel Nest Box project in 2013 was a success, with 2 of 12 boxes (one at the Conte refuge in Hadley, one on Kestrel Land Trust property near UMass) occupied by breeding pairs of kestrels. On June 18, the state ornithologist, Andrew Vitz of Mass. Natural Heritage and Endangered Species Program, visited the kestrel boxes and placed bands on the nestlings to individually mark them for a statewide study undertaken in cooperation with Mass Audubon and the US Forest Service.

Five healthy chicks were found in each box. Each chick received both a standard aluminum band issued by the North American Bird Banding Laboratory, and a color band that can be identified from a distance using binoculars or a spotting scope. 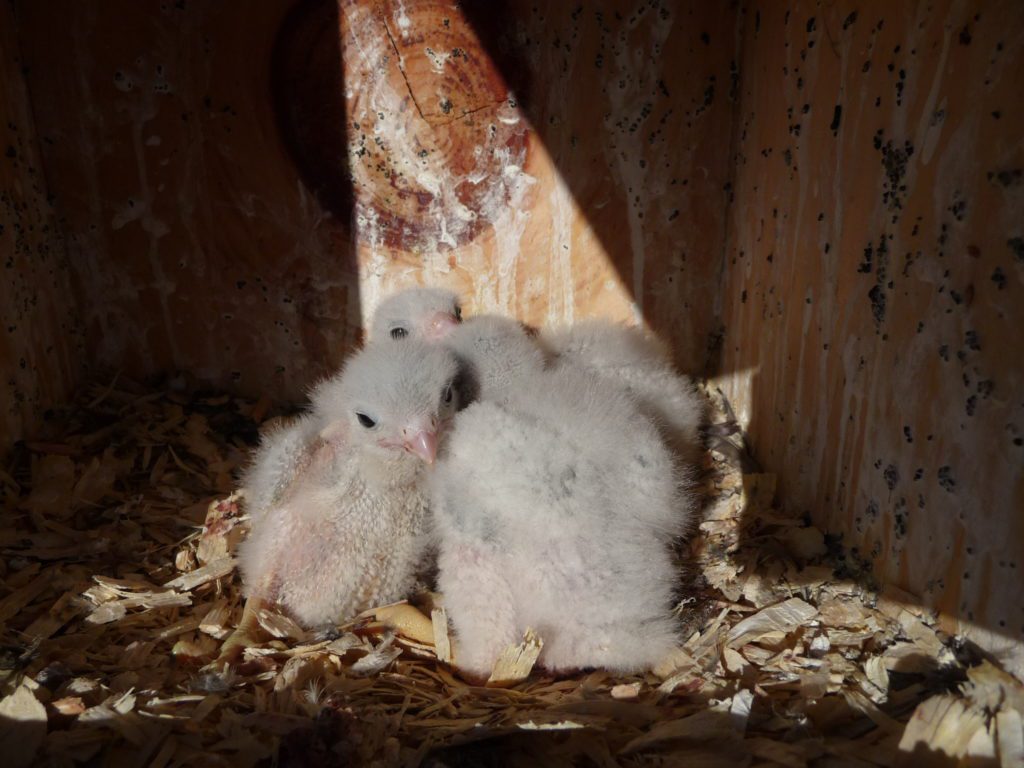 With our kestrel boxes, we are gratified to have helped 10 American Kestrels enter the world, and we are thrilled to contribute to a statewide study dedicated to protecting and conserving this species.

The boxes will be cleaned and closed for the winter. We may also relocate some of the boxes to new sites based on information we collected during this breeding season.

To sum up the season:

Based on this year’s successful season with our kestrel boxes, Andrew Vitz, MA state ornithologist, would like to make the Pioneer Valley a focus for future efforts in kestrel habitat conservation in Massachusetts.