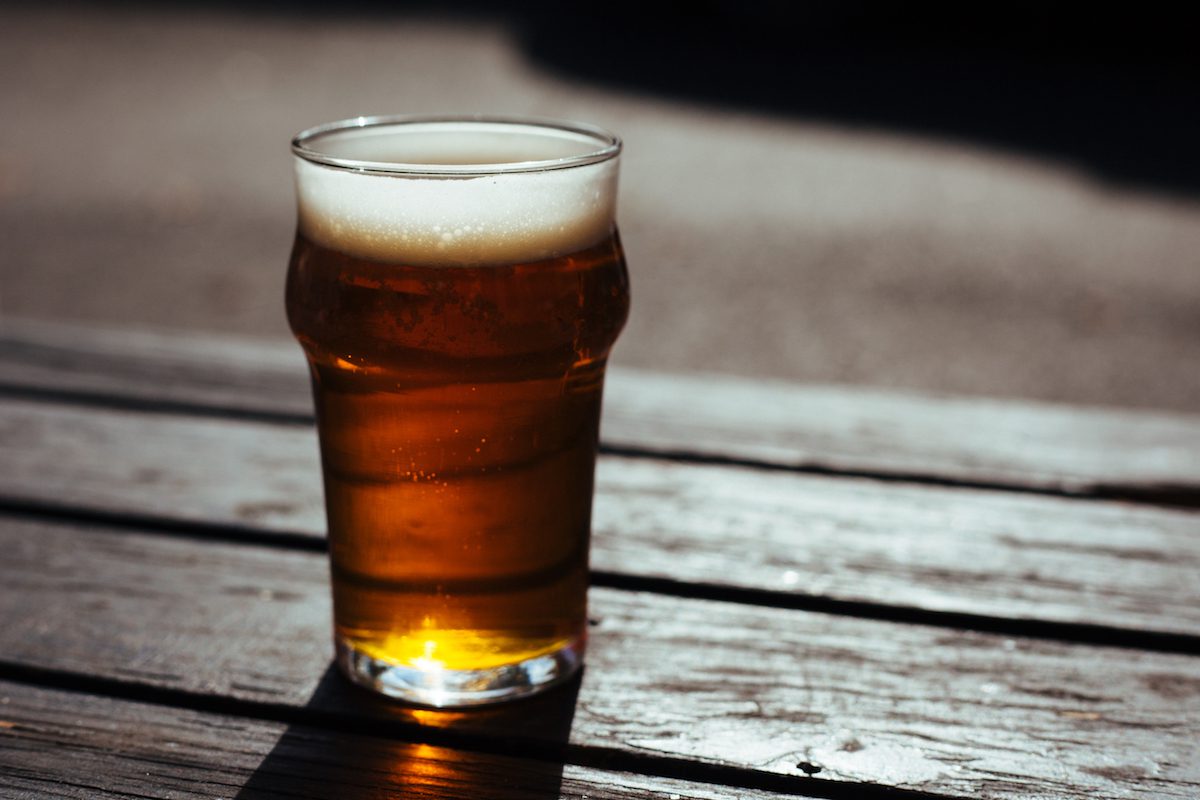 “A farmer growing local grain, a local maltster hand-turning that grain into malt, and a local brewer crafting a truly local beer to be enjoyed by their neighbors.” This is a vision from past eras now made into reality by Valley Malt, the first of only a few malthouses in New England today. It’s a vision shared by Kestrel Land Trust, that includes providing healthy, sustainable farmland conserved forever as the foundation of local food—and truly local beer.

Kestrel is excited to announce a special partnership with Valley Malt and Northampton-based Beerology, to create a truly local beer to benefit Kestrel’s work to conserve critical farmland throughout the Valley. Beerology, a homebrew supply shop and education center, has brewed two different beers: One highlighting locally grown wheat and the other locally grown rye, both malted by Andrea and Christian Stanley at Valley Malt in Hadley.

On October 15, at Kestrel’s 9th Annual 5K for Farmland & Farmers’ Market Festival, event participants will be able to sample both brews and vote for their favorite. The winning beer will become Kestrel’s Truly Local Beer, to be brewed on a larger scale at another local brewery and then made available at local restaurants and bars on tap, with a portion of proceeds from each pint sold going toward conserving farmland in the Valley.

Beerology owners Jordana Starr and Mike Schilling, husband and wife, sell ingredients and supplies for making beer, wine, cider and more. They teach hands-on brewing and tasting classes, host brewing events, and offer seminars relating to fermentation science. Beerology’s mission is to serve as an educational resource for brewers and to foster the growing homebrew community in the Pioneer Valley. The two brews feature a blend of American ale and hefeweizen yeasts with a light touch of noble hops—They are the same but for one key factor: Over a third of the grains are either malted rye or “warthog” wheat.

The importance of local grains for local beer goes beyond the benefit of a local supply chain: As Andrea Stanley explains, farmers in past generations used to grow grains like rye and wheat in alternating seasons between vegetable crops as a way replenish the soils in their fields. This technique is being used by the local farmers who provide the grains to Valley Malt, providing a win-win for the land and for local brewing.

“Just like you can’t make bread from wheat unless it has been milled, you can’t make beer from barley unless it has been malted. We learned most malts going into craft beers are produced on a massive scale by a handful of mega-malthouses on the other side of the country or across the world,” Andrea says. That’s why in 2010, they began selecting varieties of barley from the mid-west to figure out which varieties would grow best in New England. They found local farmers to grow the grains, and built their malt house. Since then, “the response from both farmers and brewers has been overwhelming,” Andrea says. Today their malting equipment is capable of malting 4 tons per week.

Andrea and Christian understand the importance of conserving the farmlands that support our agricultural economy, which is why for the past five years, they have been donating beer to support Kestrel’s 5K for Farmland & Farmers Market Festival, pouring a free pint of locally brewed and malted beer after the race for any registered participant age 21+. Pre-registrants receive a commemorative pint glass to fill with a local pint. This year will be even more exciting, as participants will also get to sample Beerology’s truly local beers and vote for their favorite. Non-registered event-goers can buy a pint, with proceeds supporting Kestrel’s work to conserve our local farms.

The 9th annual 5K for Farmland & Farmers’ Market Festival takes place on Sunday, October 15 at 11 a.m. on the historic West St. Common, in Hadley. It’s Kestrel Land Trust’s biggest community event of the year, with running and walking routes through the scenic farmlands of the Great Meadow and along the Connecticut River.

The event brings together more than 500 people to run, walk, support local farmers, and raise awareness about the need to conserve our Valley’s precious farmland. All proceeds go towards Kestrel’s work to save local farmland, forests, and recreation lands across the Pioneer Valley.

The Farmers’ Market Festival after the race will highlight local farm products and unique local crafts, as well as nature exhibits with Mass Audubon, U.S. Fish & Wildlife Service, and the Hitchcock Center for the Environment. Music will be provided by Irish band “Banish Misfortune” and kids’ entertainment with Trevor the Games Man.

To learn more and register, visit 5kforfarmland.org or register the day of the event between 9 am and 10:45 am at the West Street Common, Hadley.