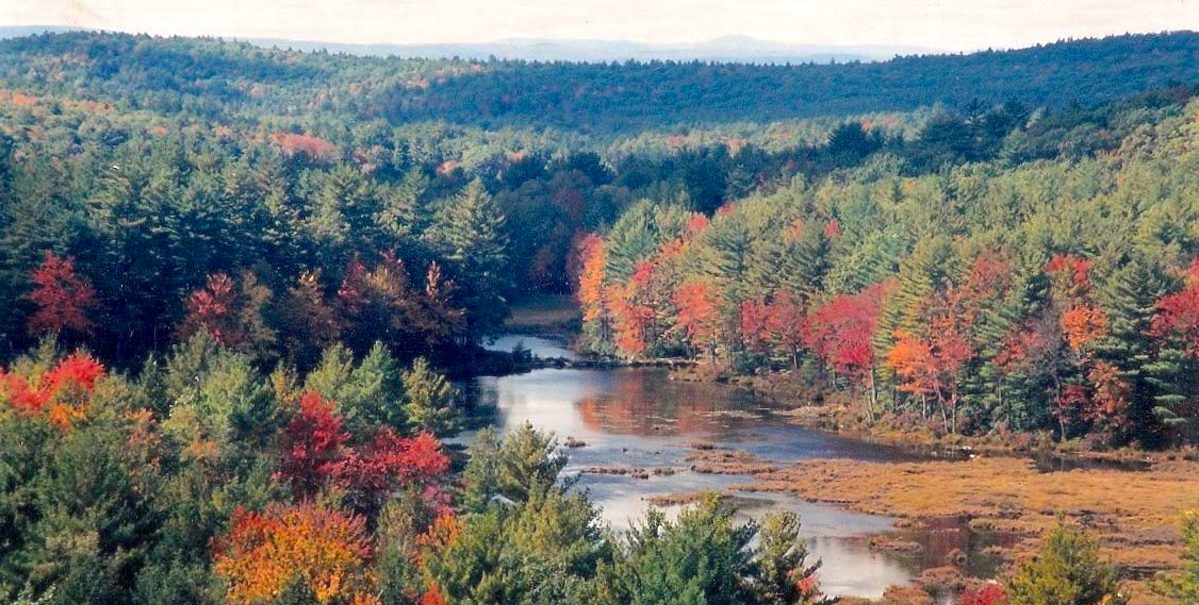 Humans have found artistic inspiration in nature for as long as we have been able to express our creativity. The late psychiatrist Julian Janowitz was no exception. Although he moved to the Valley in the early ‘60s to direct UMass Amherst’s first mental health service center, art was always one of Julian’s primary passions. In 1976, he bought a remote forested property near Lake Wyola in Shutesbury, which, according to his obituary, became “a big, three-dimensional canvas for Julian’s creativity.”

When Julian passed away in October 2019 at the age of 90, he gave a magical gift that will bring art and nature together for generations to come. In his will, which was finalized in July, Julian left his 140-acre “canvas” to Kestrel.

This special property, known to his friends as “Julian’s Bower,” is a spectacular landscape of wetlands and forest traversed by 5 miles of trails leading to a dramatic cliffside overlook. The land is dotted with Julian’s whimsical modern wood, glass, and stone sculptures, as well as his poetry. The property includes the 22-acre Ames Pond and its adjoining bog with a several-hundred-foot-long boardwalk—also built by Julian with his own hands.

140 Acres of Magic to Share
Julian’s conservation legacy began nearly 20 years ago, when he worked with The Kestrel Trust and the MA Department of Conservation & Recreation to conserve his unique and wild property with a private conservation restriction in 2003. Julian continued to own the land, and although he welcomed neighbors to enjoy hiking and cross-country skiing, public access was not guaranteed. 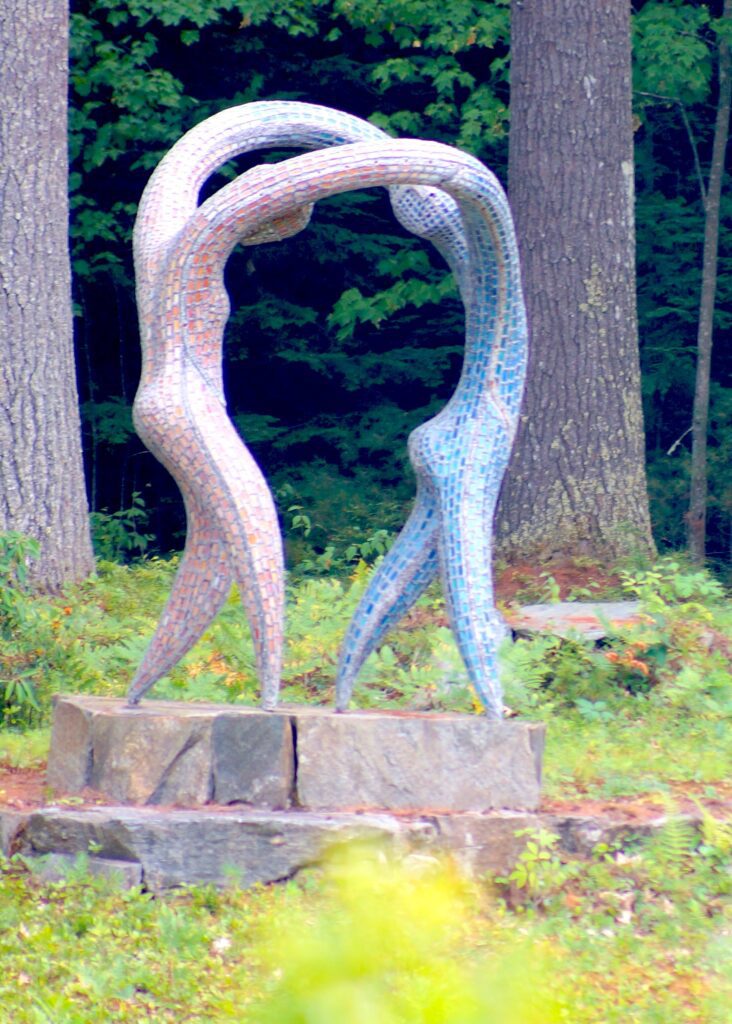 “When I look out the window and I see people walking on these trails,” Julian said in a January 2017 interview with The Valley Advocate, “I feel a kind of closeness—a sharing. There is such disharmony in the world. But here are people who chose to spend an hour walking in these woods. I find that confluence very affirming.”

In 2016, while beginning hospice care, Julian contacted Kestrel again. He sought to ensure that the experience of art and nature on his land would be enjoyed by the public, this time in perpetuity. Over the next three years Kestrel Conservation Director Mark Wamsley worked with Julian to find a way to realize his wishes. Julian bequeathed the land to Kestrel. The house Julian had built and lived in for decades was sold to new private owners in 2020.

Along with the land, Julian bequeathed several outdoor sculptures to Kestrel that will help us keep alive Julian’s legacy of exploring art through nature. Now that Kestrel owns this land, our stewardship team will begin planning for trail improvements, a small parking area, and other work to care for the land. We plan to officially welcome the public to experience this wild yet serene place for quiet reflection in the next year, with multi-season recreational opportunities, as well as public programs celebrating Julian’s vision of the arts in nature.

A Special Place for Wildlife Too
Ames Pond and its surrounding landscape are rich with ecological diversity: The area is ranked among the top 10% for lakes and ponds in the Commonwealth. The shallow, historic mill pond is frequented by moose, bear, beaver, and a variety of other wildlife. It sits next to 35 acres of wetlands, including a large marsh and a rare natural bog that’s home to wild cranberry and carnivorous sundew, among other unusual plants.

Part of what makes it unusual is that it’s a human-made landscape, Mark Wamsley notes. “The pond wouldn’t be here without the dams from the old mill. Without those dams, it would be a substantial wetland, but not nearly as rare as this is. You add Julian’s art to that—another human embellishment on the land—and this is elevated to a really special place.”

Leave a Legacy: You too can donate land or other assets in your will to help conserve the Valley for the future. Learn more now!