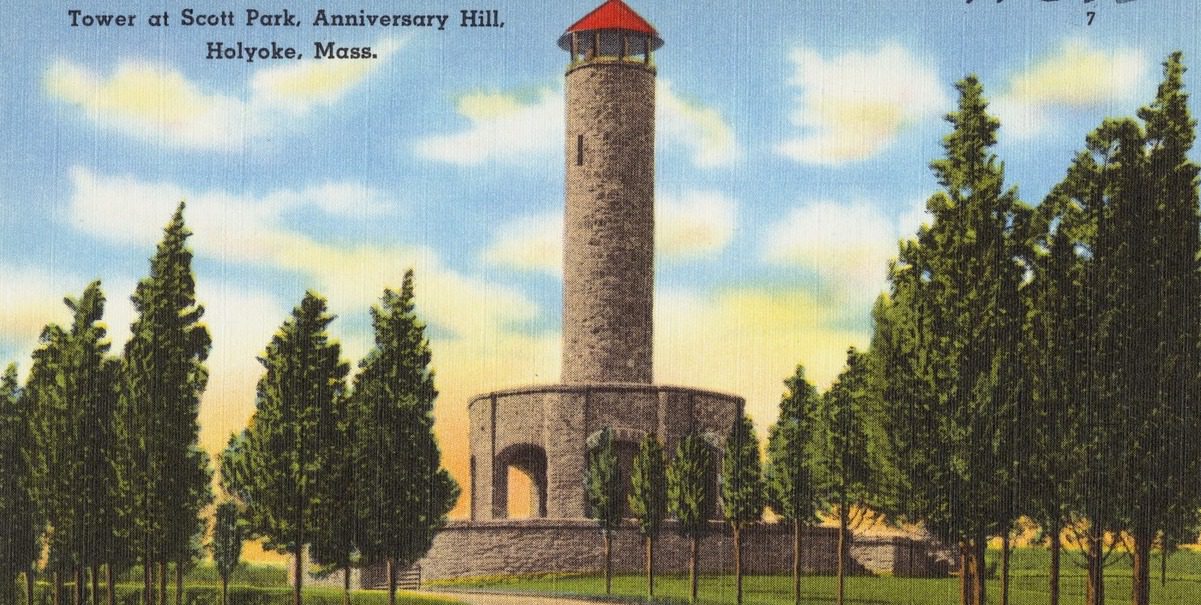 The City of Holyoke is working in partnership with Kestrel Land Trust on a multi-year project to protect and revitalize the historic Anniversary Hill Park for the next century and beyond. Residents and regional lovers of urban green spaces are invited to attend a free community event on Saturday, October 9th to gather public input for the revitalization of the park and its landmark feature Scott Tower.

Anniversary Hill Park was originally acquired via several donations of land from 1923 to 1939, to commemorate Holyoke’s fiftieth anniversary as a city. The park quickly became a destination for picnickers, sledders, and nature lovers, and had dramatic infrastructure improvements added in the early 1940s under the Works Progress Administration (WPA). A number of the hardscape features from this period are still visible today in good condition, including trails, footbridges, stone steps, and Scott Tower itself, all constructed by the Civilian Conservation Corps (CCC) using local stone. 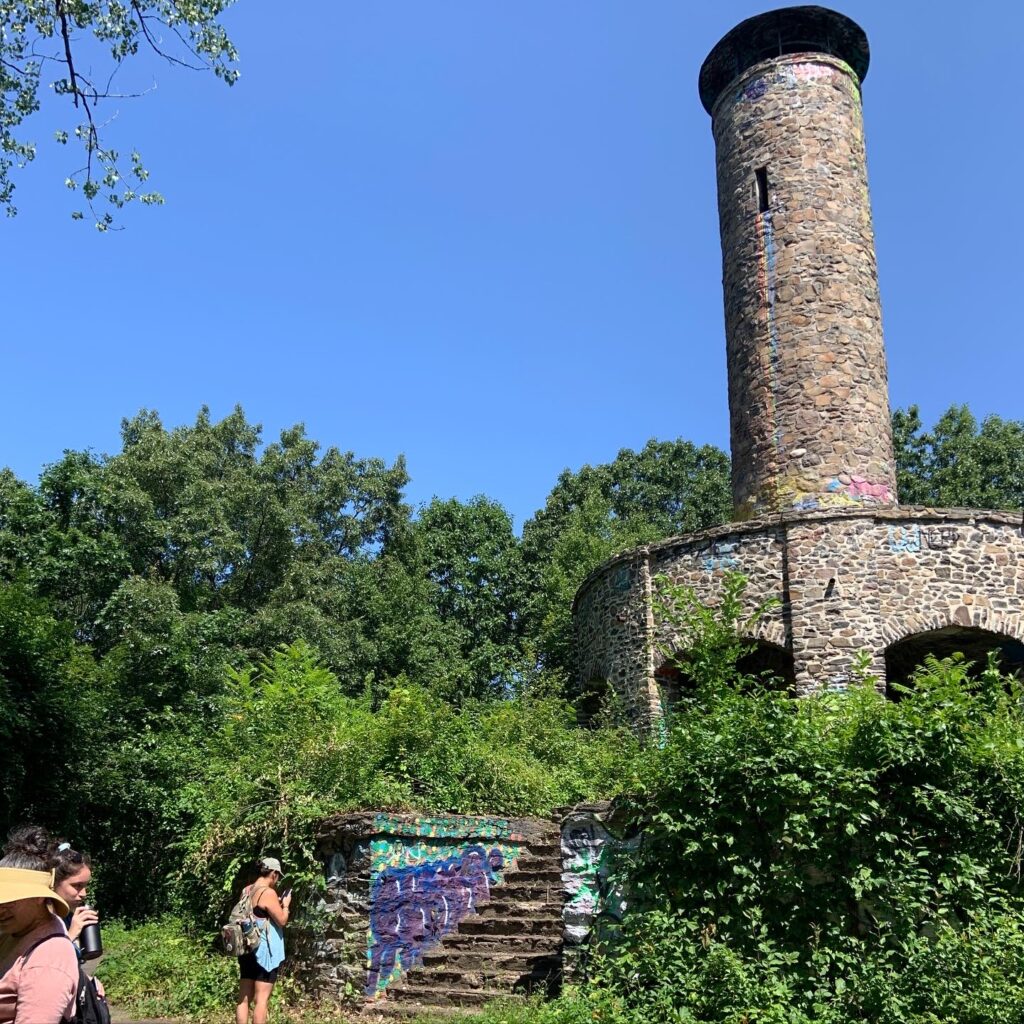 The City’s source of optimism for Anniversary Hill’s future is rooted in the remarkable success of Community Field Park, which with the help of a concerted funding effort in 2010 has become the most popular park in the City and a cherished resource for residents of all ages. Few know that Community Field was once part of the original Anniversary Hill Park until the area was split by I-91 in the 1960s. This limited access and led to a steep decline in public use over the following decades. “One of the goals of our present study is to address accessibility challenges and make the park a destination for families and nature lovers,” said Yoni Glogower, Holyoke Director of Conservation and Sustainability. The remarkable re-birth of Community Field, under the vision and stewardship of Holyoke’s Park & Recreation Department, was always meant to be the first phase of a longer-term plan that would ultimately include reopening its historical sibling, Anniversary Hill.

In late 2020, the City of Holyoke began working in partnership with Kestrel Land Trust on an ongoing project to acquire and protect approximately 14.1 acres of forested land across four parcels just north of Scott Tower, with the intent of adding them to the existing parklands. The addition of these parcels offers an added buffer of protection for the top of Crafts Hill, open space just north of and abutting the tower itself. This added landscape is mostly flat relative to the rest of the park and was historically used for community gatherings. “Reuniting the traditional lands of the park not only allows us to protect this great, historic resource,” said Mark Wamsley, Conservation Director at Kestrel Land Trust. “it also provides the energy to envision what this urban forest can mean for current and future generations of City residents.”

“Reuniting the traditional lands of the park not only allows us to protect this great, historic resource, it also provides the energy to envision what this urban forest can mean for current and future generations of City residents.”

For the present study, the City of Holyoke used Community Preservation Act (CPA) funds to hire GZA Geoenvironmental to produce preliminary site and structure designs for Anniversary Hill Park and Scott Tower, including the restoration of existing features and new improvements. According to Glogower, the ultimate goal is to “use this study to plan out and budget for a comprehensive revitalization effort funded by state and federal grants”.

The process will involve outreach with the public, Kestrel, City staff, and other community stakeholders to shape key priorities for park design, which is the primary goal of the October 9th event. Public engagement began earlier with a survey that was put out by the City and Kestrel in January 2021 and garnered over 400 responses, which were overall enthusiastic and supportive of restoring the park.

“Anniversary Hill Park was designed to be the jewel of the Holyoke Park System nearly a century ago in 1923–our own version of New York City’s Central Park near the heart of downtown,” said Glogower. “With Holyoke’s Sesquicentennial just around the corner, what we need to figure out is how to design and promote an inclusive nature respite for all of our residents, for now and the next 100 years.”

The family-friendly event will run from 10 AM – 1 PM on Saturday, October 9th, in the parking lot at Community Field in Holyoke. It will feature interactive exhibits on the park history and current conditions, as well as “mood boards” and other creative means for attendees to share their feedback. There will also be art activities for children, free food catered by Holyoke Hummus, and a guided interpretive walk through the park to Scott Tower and back, led by the Director of Conservation and Sustainability and  Kestrel staff. Live Spanish translation with headsets will be available for the entire event duration.