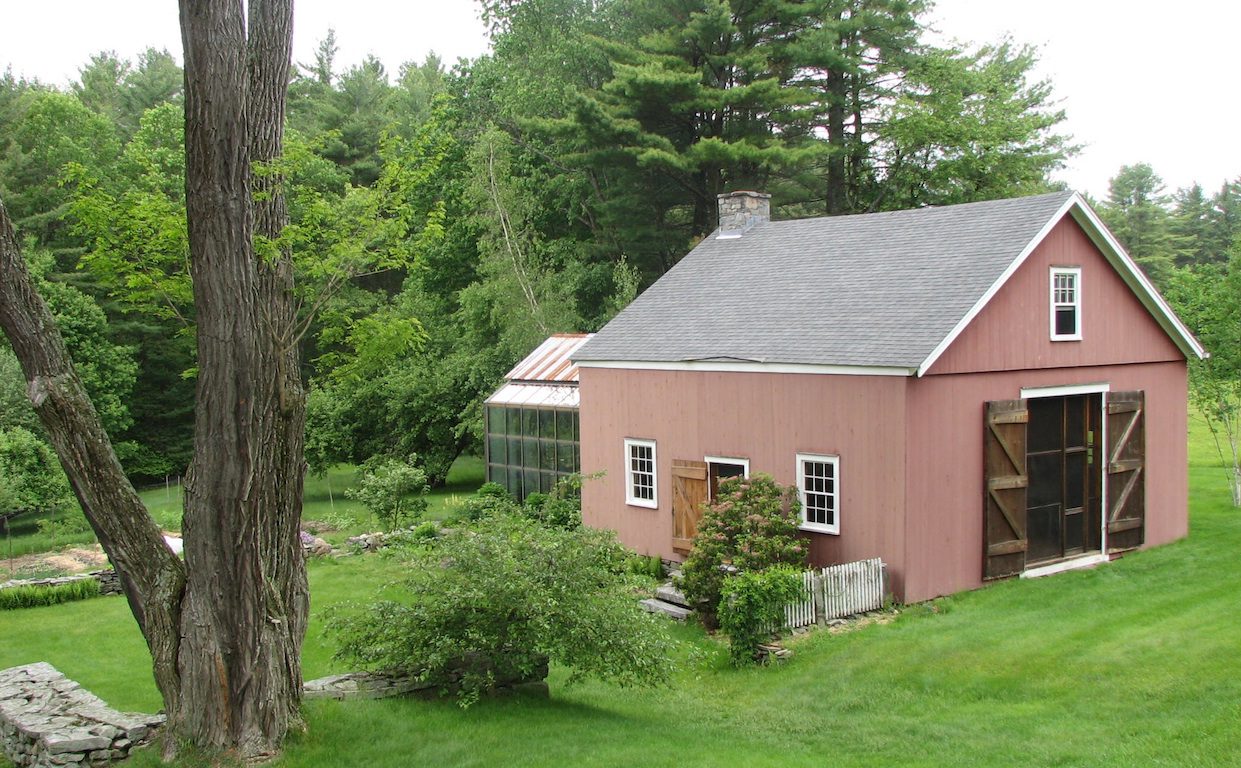 The Heplers knew they wouldn’t always be their land’s stewards. So they took the step of ensuring that their property would remain a rural respite for generations to come. They donated a conservation restriction (CR) to Kestrel Land Trust that will preserve the land in an undeveloped state in perpetuity—forever.

In 1977 Peggy and Peter Hepler purchased a historic 40-acre farm in the rural northern part of Pelham. The circa 1835 house and barn and its setting had undeniable New England charm — old sugar maples, stone walls, an apple orchard, a serene meadow surrounded by expanses of forest, running brooks, and wetlands.

As the decades passed, a lot happened on the Hepler homestead. Children grew and departed, and grandchildren appeared to explore the farm. Native grassland plants spread in the meadow, which was mowed each year. Vegetable gardens and fruit trees were planted and crops harvested. Clapboards were painted and outbuildings repaired. Fallen trees were cut, split, and stacked for firewood.

Fortunately, one thing didn’t change too much—the rural quality of the land. Stewarded by landowners who care deeply about the historic landscape and the ecological health of the living systems that surrounded them, the land has been sustained for decades.

For Peggy and Peter, a key motivation was to maintain a sense of continuity with the past—to preserve the land as a working homestead in sustainable balance with its natural environment, as their place has been since Scots-Irish immigrants settled the area in 1740.

As a result of their donation, the Heplers received a tax credit that reduced their income tax for several years. This was especially helpful in light of the requirement to withdraw and pay taxes on their retirement funds. To facilitate this permanent conservation restriction, Peggy and Peter paid for legal and other costs and contributed to a stewardship fund to help with the land trust’s ongoing expense of monitoring the CR on their land. These expenses counted as charitable tax deductions.

Peggy Hepler reflected, “Especially in this time of climate change, we are pleased to imagine that the forest’s plant and animal inhabitants will continue to have a home on our land along with future residents.”

If you own land, donating a conservation restriction may offer a variety of benefits to your family, including federal and/or state tax benefits. Learn more about estate planning here: [link to come.]

Park Hill In Easthampton: A Story of Collaboration
Trail Camera Helps Meet the Neighbors
The Healing Power of the Land