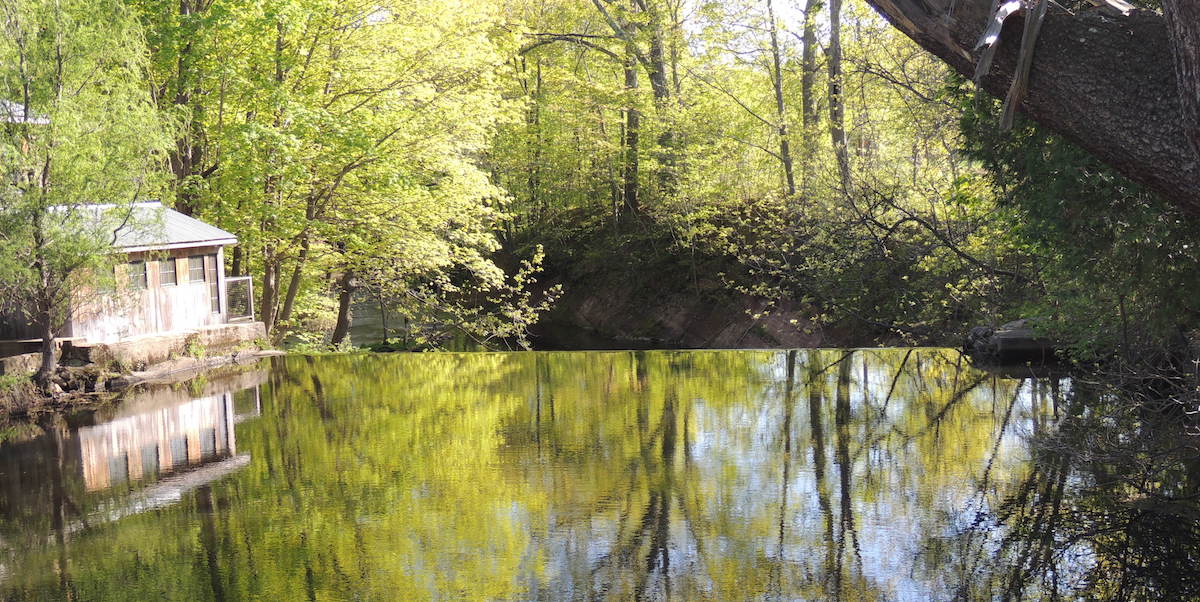 On December 28, 2017, the Friends of Lake Warner & the Mill River Inc. (FOLW) became the owner and caretaker of the historic dam at Lake Warner in North Hadley Massachusetts.

The dam repair project, which was started in the spring of 2017 was finally completed this month. The Massachusetts Office of Dam Safety has certified that the structure is in good working condition. The Hadley Historic Commission now holds a Historic Preservation Restriction on the structure. This partnership will ensure that the millpond and dam will remain an integral part of the scenic and historic landscape of North Hadley, as it has for over 350 years. The pond is enjoyed for boating, as well as fishing through the spring and summer, and ice-fishing in the winter.

Kestrel Land Trust became the owner of the dam through Lake Warner LLC after Kestrel merged with the Valley Land Fund (VLF) in 2011. VLF had acquired the dam as part of a larger project to conserve land around the historic mill pond, including Mount Warner. In 2013, the Massachusetts Office of Dam Safety issued an order to repair or remove the dam. The community of Hadley wished to repair the dam to maintain the beloved lake, and supported the project by collaborating with Kestrel to raise public and private funds.

The construction project was designed by engineer Morris Root and construction was done by Edward Paige Inc.. The project was paid for with the support of public funding, including $340,000 in state funds and  $100,000 from Hadley Community Preservation Act funding. In addition, $50,000 was raised by Friends of Lake Warner and Kestrel to create a dedicated fund for dam maintenance. Kestrel Land Trust also contributed its own reserve funds since 2013 to pay for engineering design, site work, and feasibility studies.

Friends of Lake Warner and Kestrel Land Trust would like to thank the community, especially the landowners of the properties abutting the dam, and the following members of the Town of Hadley and the Commonwealth for their support during this historic community project:

Kestrel Land Trust also gifted its 5-acre waterfront conservation area to Friends of Lake Warner. It is located off Stockbridge Road at the east end of the Lake Warner, and was conserved by Kestrel in 2008 with a state grant. The Hadley Conservation Commission holds a Conservation Restriction over the property to ensure that it remains a natural area open for public enjoyment.

A community celebration for Friends of Lake Warner and open to the public is planned for the Spring of 2018.