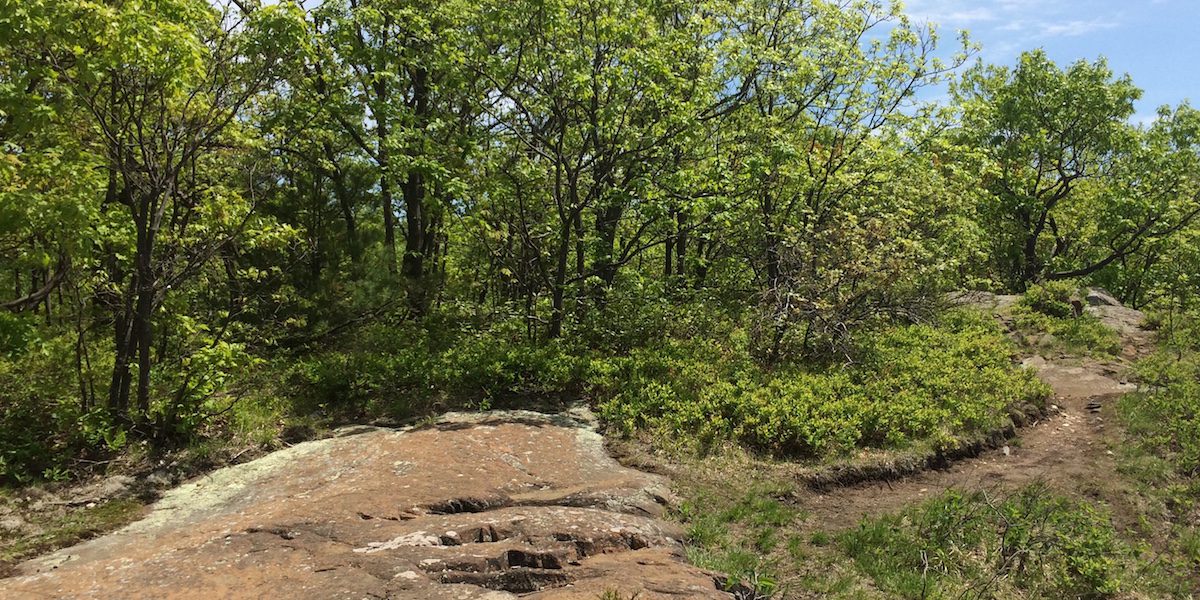 This Earth Matters column was originally published in the Daily Hampshire Gazette in November 2020. It was written by naturalist Laurie Sanders, co-director of Historic Northampton and Kestrel Land Trust advisor.

If you’re interested in natural history, the Connecticut River Valley is a great place to live. The combination of geology, hydrology, human history, and climate create a remarkable diversity of habitats. In Northampton, where most of my conservation work has focused, you can explore 40 different types of natural communities—from rocky summits and cliffs to open marshes, floodplain forests, and rivers.

This variety, along with the Connecticut River’s role as a migratory pathway for wildlife, contributes to an unusually high diversity of plants and animals, including several endangered species. These rare species often depend on special habitats with conditions that are difficult for most plants and animals to tolerate. Bogs, for instance, are waterlogged, nutrient-poor and acidic. Floodplain forests contain a unique mix of species, all of which can tolerate weeks or even months of flooding.

What’s wonderful about the Valley is that we can explore many of these habitats on conservation land that’s open to the public. For many of us, these conservation areas—Fitzgerald Lake in Northampton, Amethyst Brook in Amherst, Mount Warner in Hadley, for example—have become favorite places. They’re where we walk with our family, meet friends, watch birds and recharge our spirits. They’ve become part of our sense of place and part of the Valley’s identity.

But it may come as a surprise that the protection of land in the Valley is a relatively new phenomenon. Although our region has been ahead of the curve on many fronts, protecting conservation land wasn’t one of them.

To be fair, there were a few important acquisitions in our area early on. The Mount Tom State Reservation, for instance, was Massachusetts’ first state reservation, with 1,500 acres set aside in 1902. Its protection was mainly thanks to the efforts of Northampton’s Christopher Clarke, an early advocate of conserving land. A few years later, with a vision to create another state reservation, 81-year old Clarke partnered with Joseph Skinner to buy the Summit House and land on the Mount Holyoke Range to keep it out of the hands of speculators.

A few other important landscapes in our area were protected before 1970, but most of the conservation areas that have become so meaningful to many of us—including the bulk of the Mount Holyoke Range—were protected during the last 50 years.

1970 was a critical year in the history of conservation. That April, in response to air and water pollution, the impacts of DDT and rampant development, the first Earth Day took place, igniting an awareness and appreciation for the environment worldwide. During the next five years, major legislation passed at the state and federal levels and here in the Valley, local citizens banded together to protect important landscapes in their communities. As federal aid became available to state environmental agencies and municipalities, a new era in open space protection began.

For cities like Northampton, the effects were profound. In 1970, the city didn’t own a single acre of conservation land. That changed in 1974, when the Conservation Commission accepted its first conservation area: a half-acre parcel along the Mill River with no public access. As inauspicious a beginning as this was, it was a start and by the following year, the Commission had secured federal grants that allowed it to purchase the core of the Fitzgerald Lake Conservation Area, now the City’s most popular and largest conservation area.

Meanwhile, on the other side of the river in Amherst, December 1970 saw the creation of the town’s first nonprofit land trust, the Kestrel Trust, which became an integral partner in creating dozens of public conservation areas throughout the community and eventually, throughout the Valley.

In the intervening decades, federal funds, legislative initiatives like the Community Preservation Act, private foundations, local fundraising and area land trusts have played critical roles in increasing open space protection. Meanwhile, our understanding of how the natural world functions and our sense of what’s important to protect has expanded beyond wildlife and recreation to include agriculture, water supplies and history. We have a clearer understanding of the value of refuges and corridors, large blocks of forest, the importance of non-game species (like salamanders, dragonflies and freshwater mussels) and increasingly, the value of forests for carbon sequestration and climate resilience.

But our conservation areas mean much more to me than ecological values. They’re places that offer perpetual delight, adventure, curiosity and beauty.  They connect us all to our shared history. Depending on how we care for them today, they can also help protect our future.