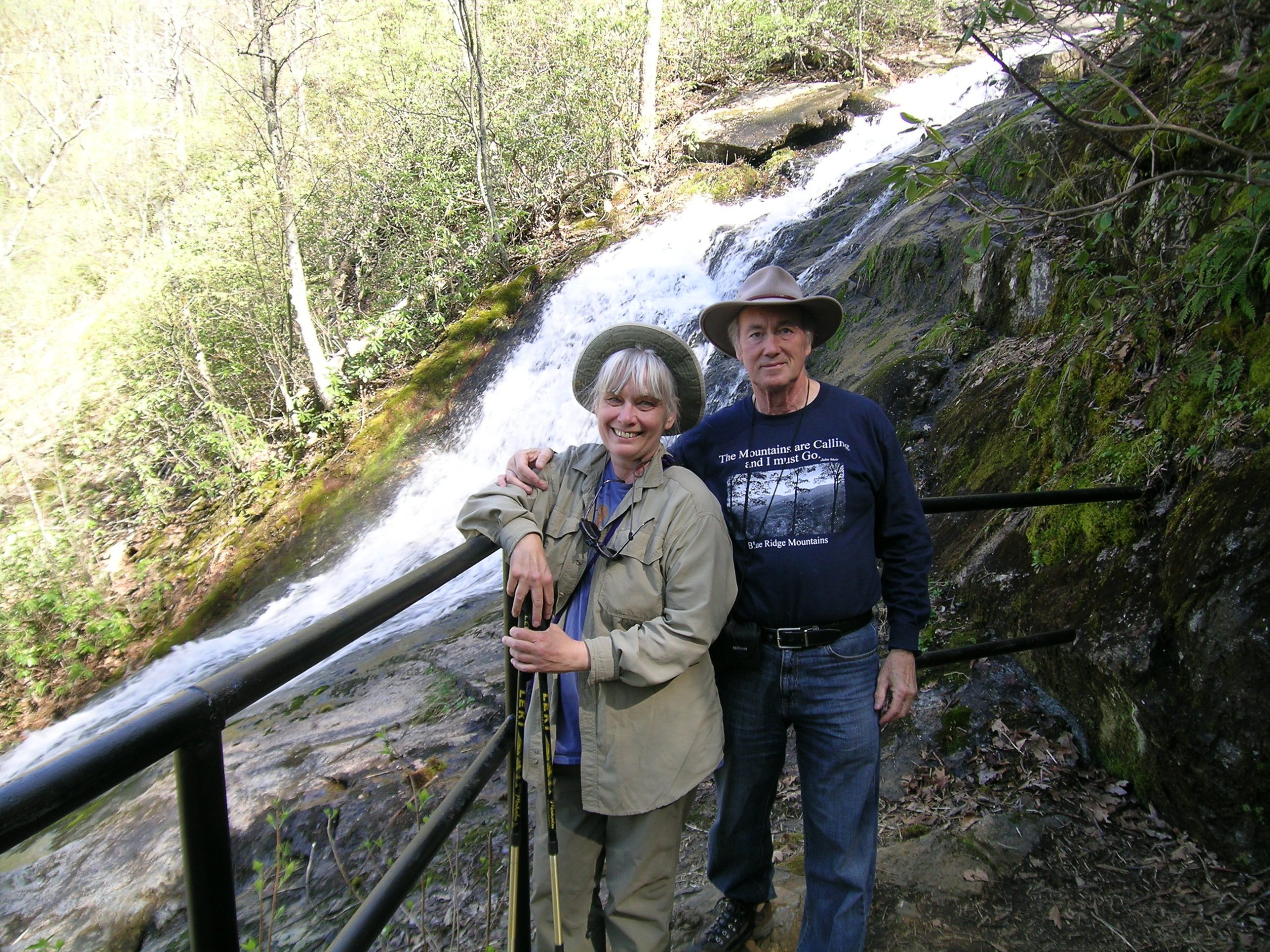 Growing up in the southern Appalachians, Bob Leverett loved to explore what was then known as “virgin forest.” Old-growth forests had always been a source of fascination, so when Bob moved to Massachusetts in 1975, he became one of the first people to discover and map old growth in the state. He is now Chair of the Forest Reserves Science Advisory Committee for the state.

In the 1990’s, Bob was dubbed the East’s leading old-growth forest evangelist. When Monica married him in 2006, she became a convert, and now they champion these ancient forests together.

Bob is a pioneer in the accurate measurement of trees, and he uses those skills to quantify carbon sequestration in our forests. He was the principal architect of the Ancient Eastern Forest Conference Series, and is co-founder of the Native Tree Society.

Bob and Monica Leverett, both now of Florence, MA, have contributed an initial gift to establish a Forever-Wild Conservation Fund at Kestrel Land Trust, and have pledged a future bequest. They hope that others will join them in their passion for wild forests, to build a fund large enough to conserve important at-risk forests in the Valley, mitigating climate change and creating old growth for the future.

“As residents of the Connecticut River Valley for decades, we want to pass on a legacy of stately, inspiring forests. We hope others will join us in this mission,” said the Leveretts. Thanks to their generosity, a powerful seed has been planted.