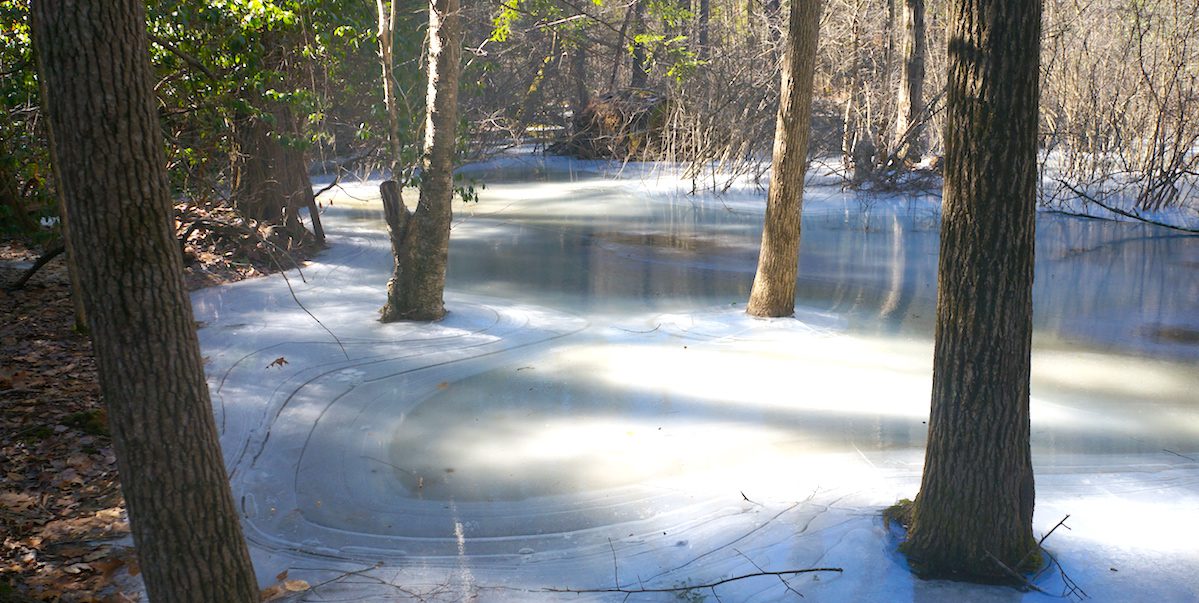 Properties like the Whately Center Woods aren’t usually marked on maps, but local residents know them well and are growing increasingly concerned about their futures.

For generations, pockets of accessible, privately-owned forestland have served as informal recreation areas for communities across western Massachusetts. Many are regarded as “hidden gems” for their unique landforms and ecology, intertwined with trails worn over many decades, that lead to scenic views, swimming holes, and prized hunting spots.

As these lands begin to pass from their traditional family ownership, their status in the life of their respective community is becoming tenuous and unpredictable. Kestrel launched its Neighborhood Nature Retreat program in 2017 in part to address this worrisome trend. Our regional land trust is working to conserve locally-valued open space and recreation land within easy reach of town centers, public institutions, or significant neighborhoods.

The Whately Center Woods is a case in point. This expansive, 120-acre property owned by the Dauchy/Weinthaler family boasts a network of trails on land that typifies Whately’s striking, transitional geography, sloping upward from the floor of the Connecticut River Valley into the foothills of the Berkshires. 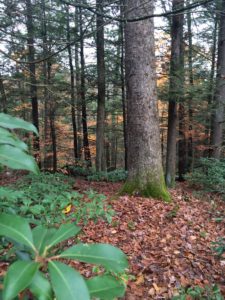 The land is almost completely forested, with small streams, wetlands and at least one vernal pool interspersed beneath the forest canopy. The highly diverse forest includes northern species such as sugar maple and beech intermixed with species characteristic of southern forests such as tulip poplar and sassafras, as well as common species including white ash, black and yellow birch, red maple, and white pine. Black bears, coyotes, bobcats, porcupines, weasels, turkeys, ruffed grouse, barred and great horned owls are often heard or observed on the parcel.

By virtue of its size, resources, and location—only half a mile from Whately’s historic town center—the Dauchy/Weinthaler property and its surroundings have become a favorite destination in a town that is rich in open space but lacking in public access to recreational land. The area is currently used for hiking, trail running, Nordic skiing, snowshoeing, hunting, and snowmobiling.

Neighbors have rallied to support Kestrel’s plan to acquire the land for conservation purposes and ensure that it remains accessible to the community. Kestrel has secured a Massachusetts Landscape Partnership grant for this effort. At the recommendation of the Whately Conservation Commission,  residents voted to allocate Community Preservation Act (CPA) funds to help fulfill the local funding match required by the state grant. In addition, Kestrel’s Monica and Bob Leverett Forever Wild Fund has invested in the Woods, which when protected will provide a local example of the benefits of protecting a wild mature forest to sequester and store carbon.

Whately residents and friends are joining together to save this special place that offers fresh air and nature’s healing powers, both of which we need more than ever during these unusual times. As of late November we’ve raised $54,000 of the remaining $60,000 needed to ensure that this gem of a property is protected in perpetuity for community enjoyment. A generous donor is matching gifts to this project. To support this neighborhood fundraising campaign, visit Kestrel’s giving page and select Whately Center Woods as the designation for your gift. Thank you for your support!