Wildlife in a Changing Climate: Protecting Freshwater Species Beyond Fish 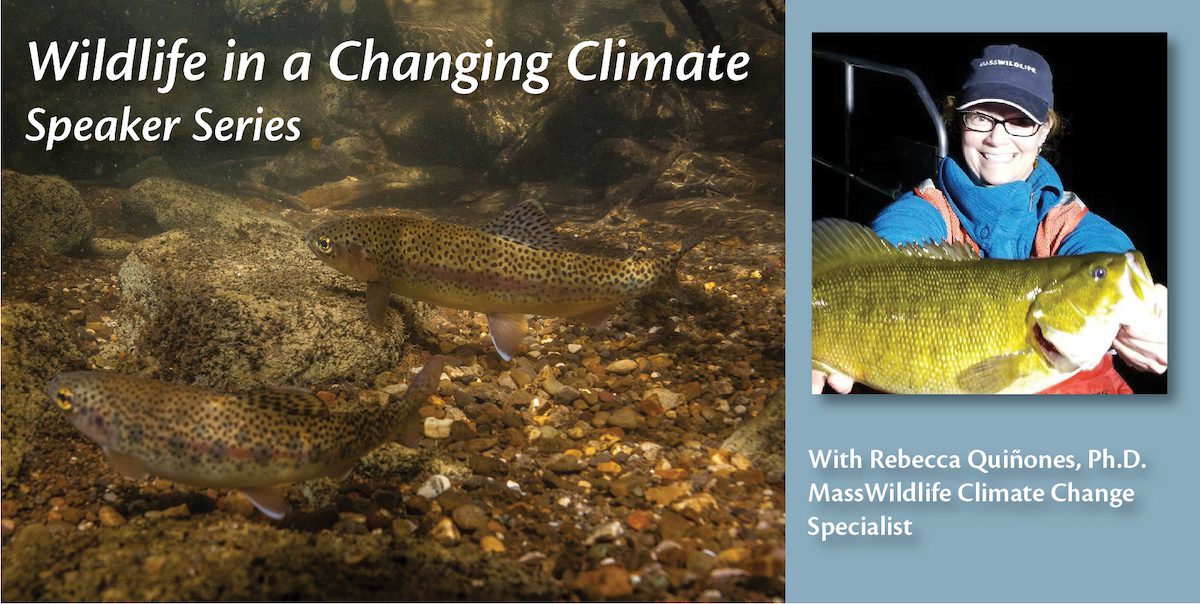 This program is the first of Kestrel’s 2023 Wildlife & Wild Plants in a Changing Climate Speaker Series.

There are over 5,000 freshwater habitats in Massachusetts that support a myriad of species, including plants, fishes, amphibians, birds, mammals, and insects, including many species under threat. At the same time, more species are growing more dependent on aquatic habitats and adjacent forests as the climate changes, making it more important than ever to protect waterways and their surrounding lands.

On Thursday, January 26th, 6:00-7:30pm, join us for the first in our new webinar series, Wildlife in a Changing Climate, as Rebecca Quiñones, Ph.D. discusses the impact of climate change on aquatic species and what’s being done to protect their habitats at the state and regional scales.

Rebecca will share how MassWildlife has developed metrics based on species populations and habitat characteristics to assess aquatic biodiversity in Massachusetts. A particular focus is on species that depend on cold water, like brook trout, as well as others that need cool waters or are already imperiled, like freshwater mussels. Learn how MassWildlife researchers are using these metrics to identify, conserve, and restore these important freshwater areas around the region.

Rebecca Quiñones, Ph.D. is the Climate Change Specialist for MassWildlife with 20+ years of experience in connecting research science with resource management. She specializes in native fish conservation, including the development of climate adaptive actions involving dam removal, instream flow protection, and habitat restoration. As both researcher and manager, her work has taken her to four countries and across several states.

Registration is required for this online event. Sliding-scale donation suggested.