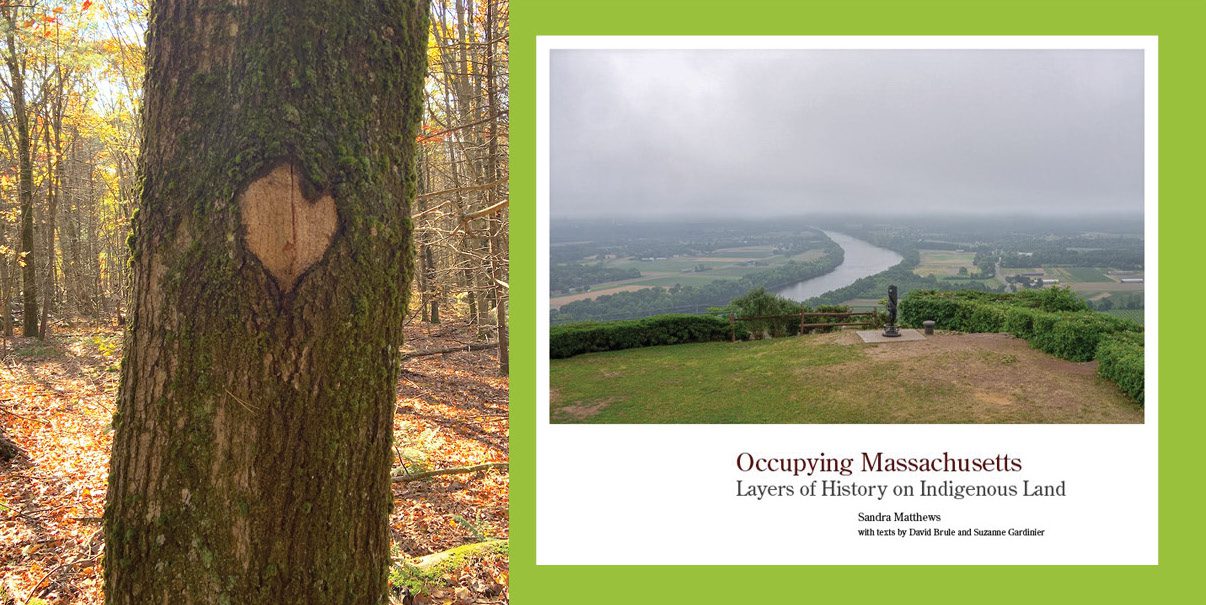 The occupation of the land today—and throughout history—is a theme that’s gaining renewed focus. Join us for a webinar on Thursday, September 22, 6:30-7:30 pm with photographer Sandra Matthews and Indigenous activist David Brule, who will speak about their newly published photobook Occupying Massachusetts: Layers of History on Indigenous Land.

Through images and discussion, they’ll guide us as we look at the human occupation of land with an emphasis on the long presence of Indigenous people and the waves of settlement by people from other countries that began during the early 1600s and continues today. The book raises questions such as:

Matthews’ photographs of man-made structures and historical markers (many from the Connecticut River Valley) evoke the presence of past events in the landscape. Brule’s essay, published in the book, offers a model for moving forward. 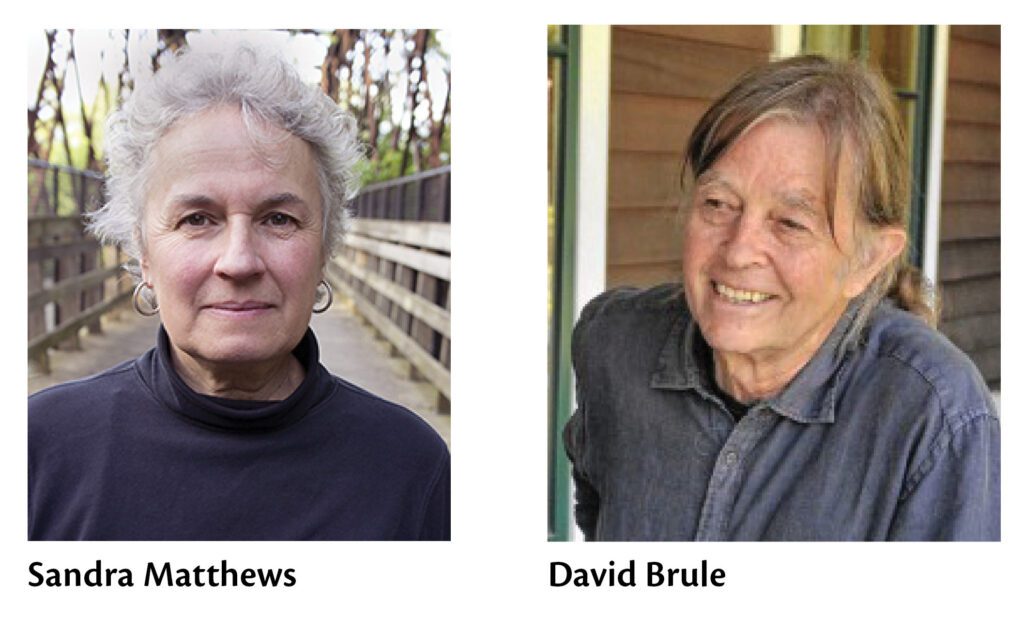 Sandra Matthews is Associate Professor Emerita of Film and Photography at Hampshire College and Founding Editor of the Trans Asia Photography Review. Her photographs are in public collections including the Victoria and Albert Museum (London), the Addison Gallery of American Art (Andover), Harvard University Art Museums, Smith College Museum of Art, and the Women in Photography International Archive at Yale University. She has also authored the photobook Present Moments (2020) and co-authored the cultural history Pregnant Pictures (Routledge, 2000).

David Brule is President of the Nolumbeka Project, which works to preserve early Indigenous sites in the Connecticut River Valley, hosts Indigenous presenters sharing their cultures and histories, and serves as a bridge between cultures and between past and future generations. Brule is of Nehantic, Narragansett, and Huron/Wendat descent.

Learn about how the Nolumbeka Project protected an ancient Indian village, known as the Wissatinnewag property, in Greenfield, MA, with assistance from Valley Land Fund in 2001.