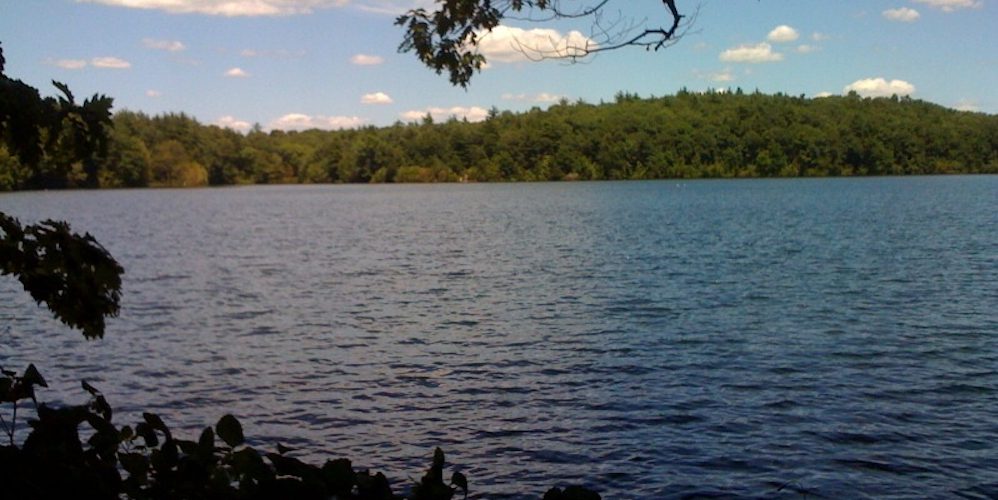 On Thursday, April 26th, 6:30-7:30 pm, join us for this free screening of “Walden,” a new documentary short film about the enduring legacy of Henry David Thoreau, including his most famous book Walden, or Life in the Woods. The film was executive produced by Ken Burns, narrated by Robert Redford, and features Don Henley, David McCullough, Terri Tempest Williams, Bill McKibben, and Doris Kearns Goodwin, among others.

After the 20-minute film, TerraCorps member Marilyn Castriotta from Kestrel Land Trust will lead a discussion about how Thoreau’s work continues to resonate in our world today.

This program is free and open to the public at the Chicopee Public Library located at 449 Front Street, Chicopee, MA 01013.

RSVPs are appreciated so we know how many to expect. Call Marilyn at ‭(413) 549-1097‬, or email marilyn@kestreltrust.org. 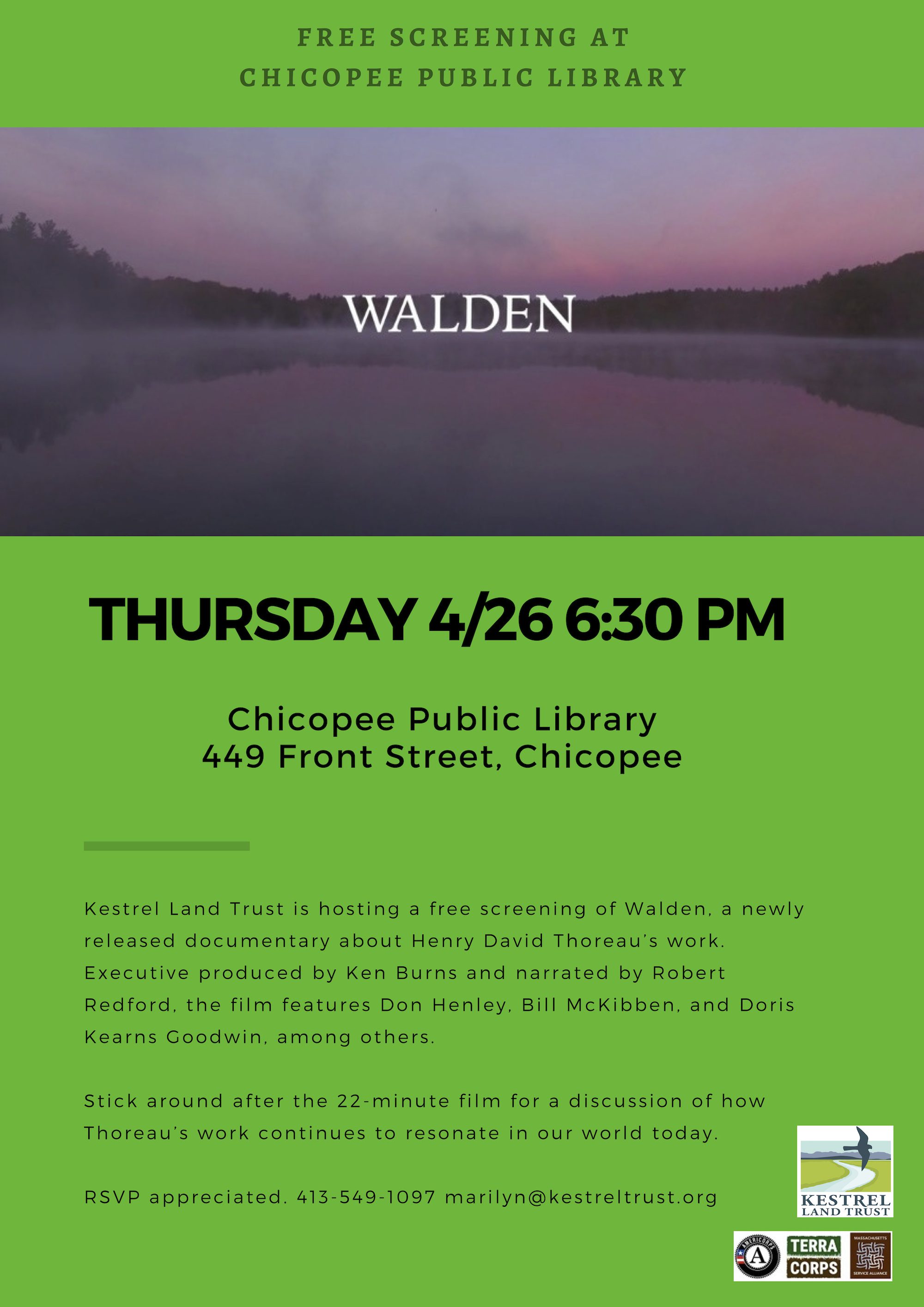