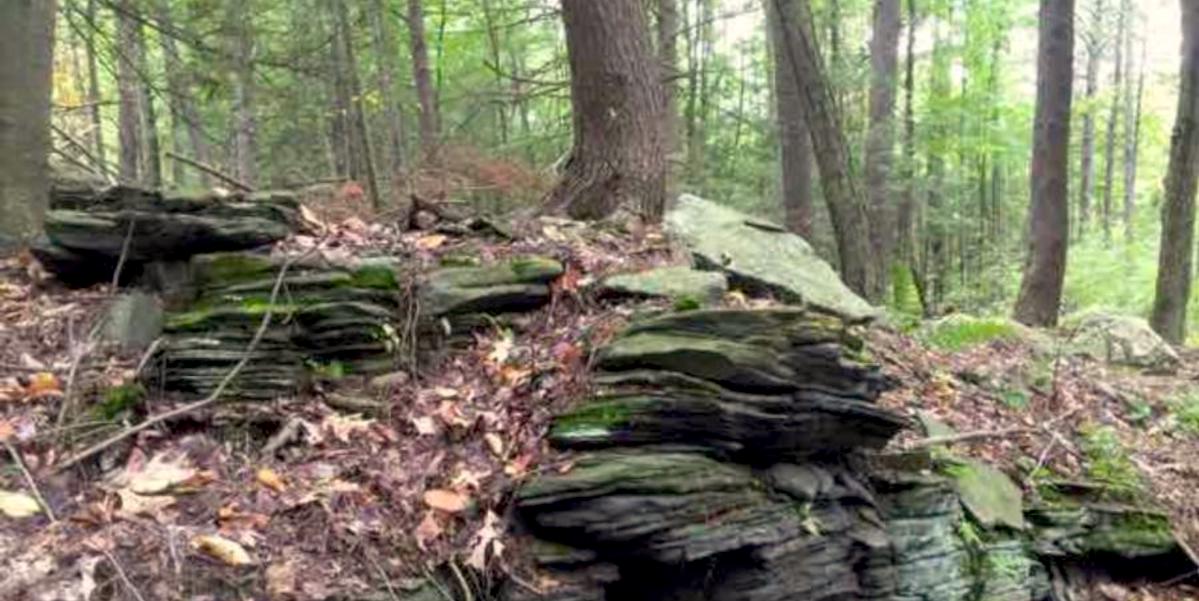 Geologists from around the world have used the spectacular geology of the Leverett area to learn about the workings of our planet and possible things to come. Join us on Saturday, November 19 from 10:00 am to noon for a guided geology walk in the Cave Hill Conservation Area with UMass Geology Professor Mike Williams.

The rocks of the Cave Hill Conservation Area record a fascinating and remarkably complete record of the geologic history of western Massachusetts and all of New England. Massachusetts has been called the “three continent state” because large pieces (terranes) from at least three separate continents now make up our state. The boundary between two of those continents occurs in the Cave Hill area. There is also evidence of volcanoes, earthquakes, the building of a super-continent, as well as the rise and then collapse of mountains as tall as the Himalayas. We’ll walk through time and see the record of our dynamic history in stone.

We’ll walk through time and see the record of our dynamic history! The walk with cover about 2 miles, mostly on trails which have uphill and downhill segments There will be optional short diversions off the trail to see interesting rock outcrops, but much of the story will be told right from the trail.

Mike Williams is a structural geologist, petrologist, and tectonicist at the UMass Amherst. He earned degrees from Amherst College, University of Arizona, and University of New Mexico. Mike has studied the bedrock geology of Canada, the Southwest (including the Grand Canyon), and the Appalachians to unravel the fascinating history of the North American continent. He helped establish the UMass Electron Microprobe Facility and develop a new technique for determining the age of rocks and the timing of major geologic events. The lab is now used by researchers around the world.

For the safety of our community, all participants are required to be fully vaccinated against COVID-19.