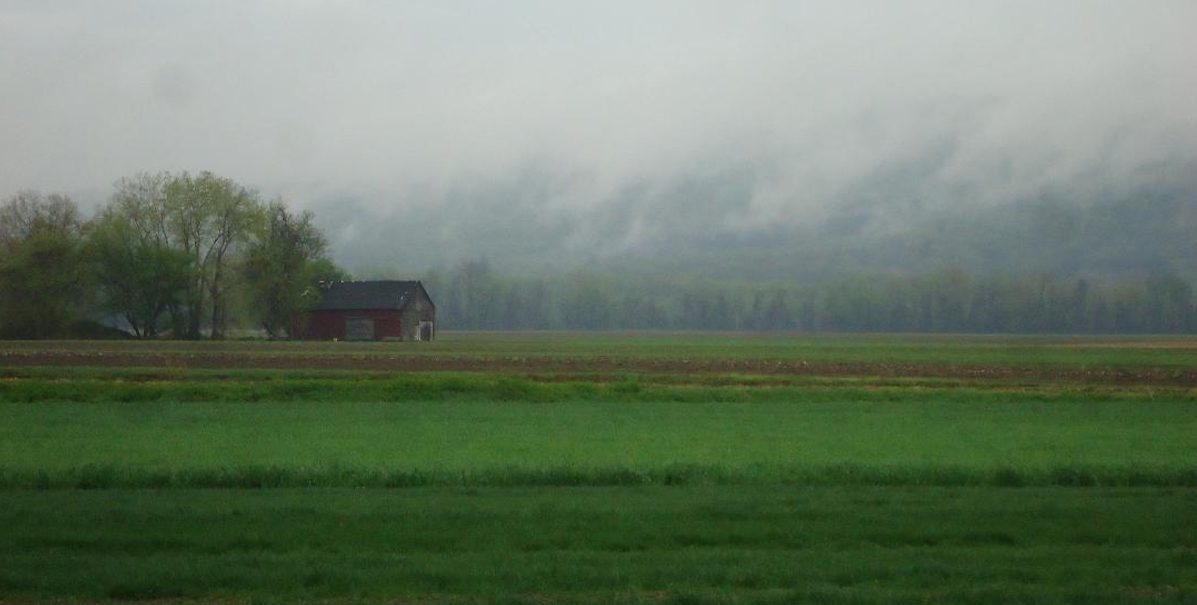 What could be sweeter than picking sun-warmed organic strawberries, grown in the world-famous Connecticut River valley floodplain soil, with a dramatic view of the Mount Holyoke Range? This is the setting for the new Pie in the Sky Berry Farm, owned by Fred Beddall and Kristen Sykes, which is situated in the Northampton Meadows.

This organic farm is opening for its first season in June and is permanently conserved by an Agricultural Preservation Restriction. Farm practices include organic inputs such as composted cow manure, extensive cover cropping, pollinator habitat enhancement, minimal tillage, and avoidance of agricultural plastic.

Here, Farmer Fred shares his story about the farm and the dreams it grew out of:

“I had the unusual experience of growing up on a preserved farm. My parents decided to donate a conservation easement on our 120-acre farm back in the seventies. That was in the foothills of the Blue Ridge of Virginia, on a property so historical it had an ancient, ruined apple tree planted by George Washington’s tenant farmer, as a condition of the lease. Back in colonial days, tenant farmers rode their horses over to Mt Vernon on Christmas Day or about then and paid the rent and were given a big ration of beer for their trouble.

Later in my life, I worked on a farm across the tidal Potomac River from Mt Vernon. The whole region on the Maryland shore, where my farm was, had been preserved after World War II by the local community, to save the view that George Washington enjoyed. I have to say my view of his home was just as good.

Farming is the most historic land use, and preserving history means cherishing those cultural landscapes. That’s been recognized in the Connecticut River valley, where the property lines in the Hadley ‘Honeypot’ are said to have the same cultural significance as Machu Pichu. Well, that may be an exaggeration. But we know that European Americans farmed those lands since the 1650s, and Yale’s Peabody museum says the Native Americans started farming them hundreds of years earlier. 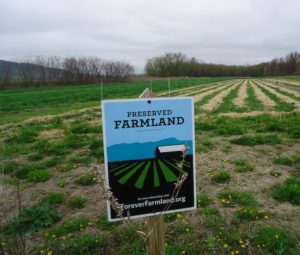 Preserving farmland forever keeps open a lot of possibilities. At various times the Pioneer Valley farmland has been known for its tobacco, asparagus, and potatoes. The truth is almost anything can grow here. Back when I was working at that Maryland farm across from Mt. Vernon, the boss would always say, ‘it’s not Hadley Loam.’ I never dreamed that I would someday get to farm on Hadley Loam. I tell you, the texture of the soil, the way it rebounds under the weight of your footfall, takes my breath away.

It’s called Pie In The Sky Berry Farm because some dreams are just too stubborn to die.

I wouldn’t have been able to buy my own land in the Northampton Meadows (which also has Hadley Loam and Winooski Loam soils) if the previous owner hadn’t opted for APR protection. That made it affordable for me. A nearby neighbor recently offered identical land for sale at almost three times the per acre price. When people sell land off to the highest bidder, the winner is not going to be a farmer.

I hope you all will come down to my farm this June and pick your own strawberries. It’s called Pie in the Sky Berry Farm because some dreams are just too stubborn to die.” 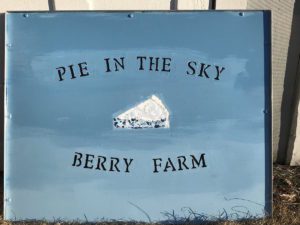 To find the farm, cycle (or drive) down Old Ferry Road past the fairgrounds; turn right just after passing underneath the freeway and proceed about a quarter mile to 139 Fair St Extension. Look for the blue-sky sign with the cloud-colored pie slice. (In future years, there may be real pie, also.) Hours (June only) are Wednesday through Sunday, 8 am to 6 pm. Strawberries will also be available at Northampton’s Tuesday Market behind Thorne’s Marketplace.