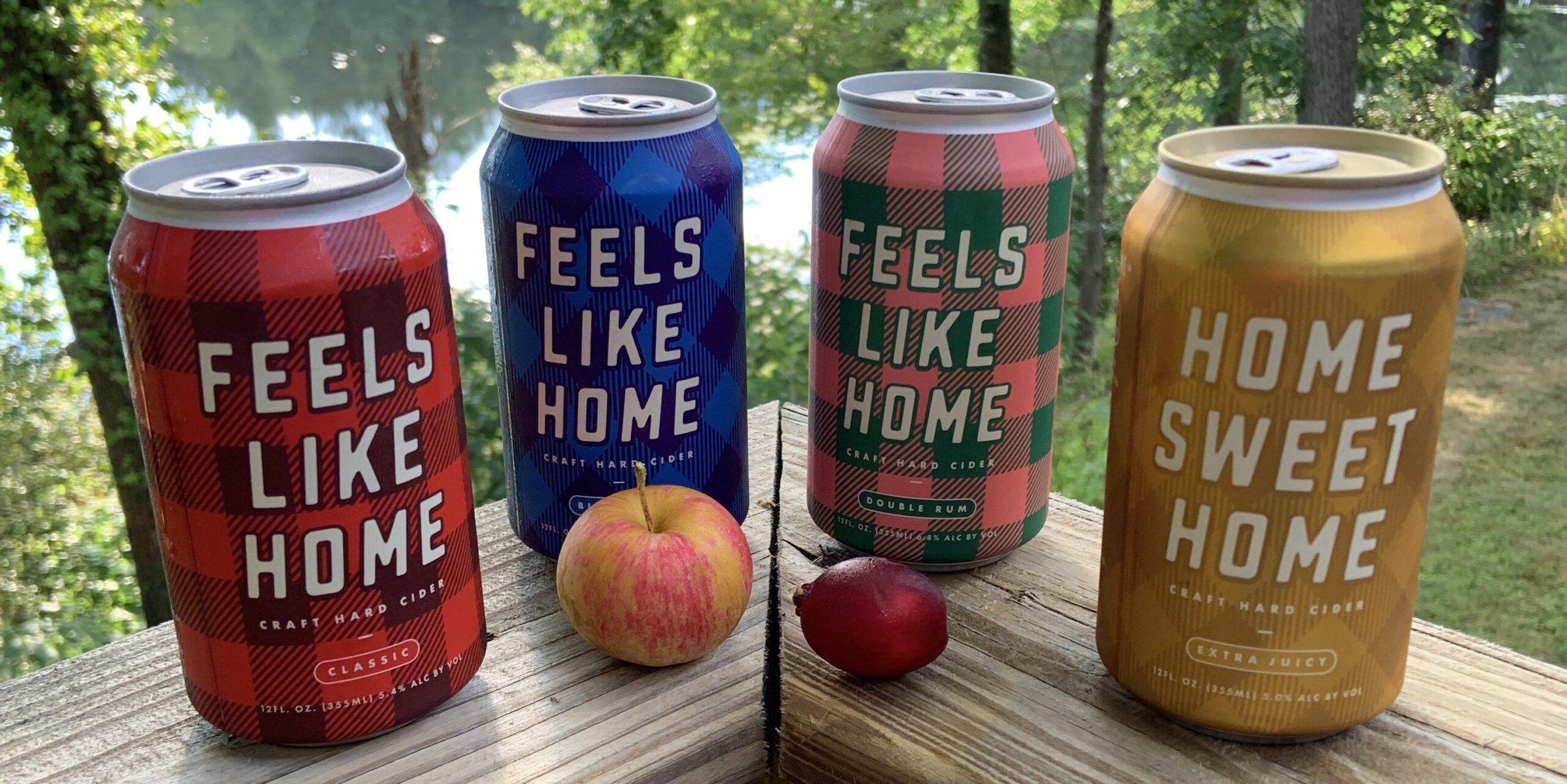 Kestrel Land Trust is pleased to announce a new partnership with Florence and Cambridge-based Artifact Cider Project. In September 2022, the New England-based cidery launched an expanded line of its fan-favorite cider, Feels Like Home, and the business has also made a leadership commitment to support Kestrel’s mission.

Highlighting its commitment to sustainability and local land conservation, Artifact Cider Project has partnered with Kestrel to give back to the region from which its apples are primarily sourced: the place that feels most like home. Artifact Cider Project will serve as a major business sponsor by making an annual leadership gift from Feels Like Home revenue to support Kestrel’s mission to conserve and care for forests, farms, and public lands in the Connecticut River Valley of Massachusetts.

Launched in 2014 by co-founders Soham Bhatt and Jake Mazar, Artifact Cider Project creates award-winning, all-natural craft hard cider that brings artisanal, terroir-driven cider to seasoned cider lovers and curious imbibers alike. With a production cellar and taproom in Florence, MA and The Station Taproom Cambridge, MA, Artifact Cider Project ciders are available throughout New England and a dozen other states across the country.

Jake Mazar has supported Kestrel in the past with his other business, Wheelhouse catering, which sources most of its ingredients from local farms around Western Massachusetts including some that have been conserved by Kestrel.

“I’ve been lucky to have a personal connection to Kestrel over the years,” said Jake Mazar, co-founder of Artifact Cider Project. “At Artifact, our goal is to collaborate with organizations in meaningful ways that positively impact the land we source from and the cider we produce. I could not be more proud of our partnership with Kestrel to continue to preserve the land we both care deeply for.” 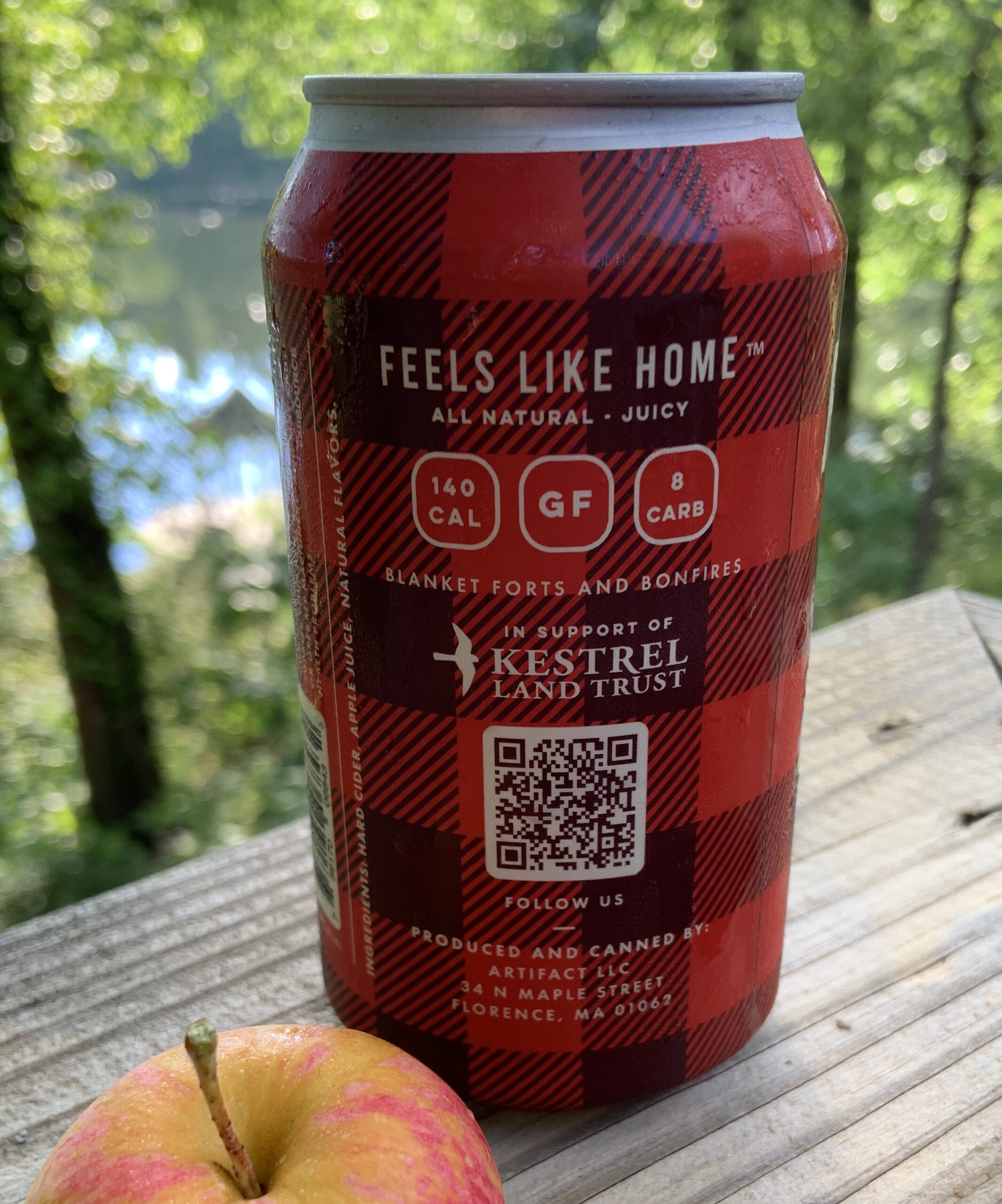 Monica Green, Kestrel’s Development Director, said, “We were thrilled when Jake and Soham reached out to us to offer this generous opportunity for a new collaboration. The concept of ‘home’ in the Valley is one that resonates deeply with us at Kestrel, as we see preserving what people love about the land as a fundamental way to honor the place we all call home.”

The Feels Like Home brand comes in attractive, instantly recognizable plaid cans that include Kestrel’s logo on the back. Four delicious flavors are available at the Artifact Cider Project production cellar and taproom in Florence and The Station taproom in Cambridge, MA, taprooms,  online for nationwide shipping, and in stores as 4-pack or 8-pack variety packs: Classic, Blueberry, Double Rum, and Extra Juicy (exclusively available in the variety pack).

“It’s really exciting to have a cider so popular and recognizable that it can carry its own brand”, said Soham Bhatt, co-founder and head cidermaker at Artifact Cider Project. “Each line is crafted with the same high standard of quality, attention to detail, and forward-thinking mission that Artifact is known for, all while highlighting the uniquely different ends of the cider spectrum.”

The Search for a Greener Final Resting Place for All
Revive Outside: Opening Minds to Nature’s Gifts
Lathrop Community Is Committed to the Land